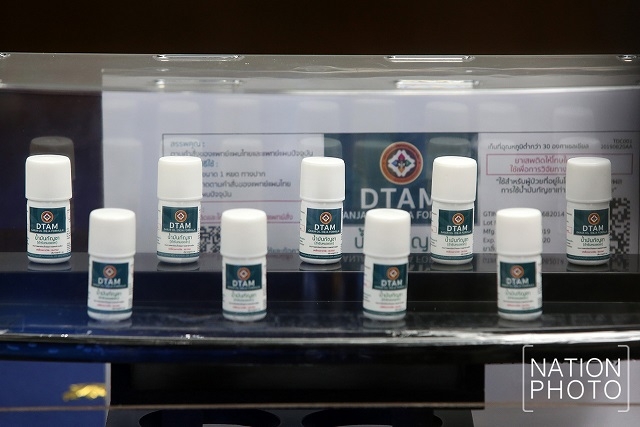 Sri Prachan Hospital in Suphan Buri on Wednesday (September 25) became the first of 22 authorised hospitals to receive cannabis oil made with a formula developed by traditional-medicine practitioner Decha Siripat. 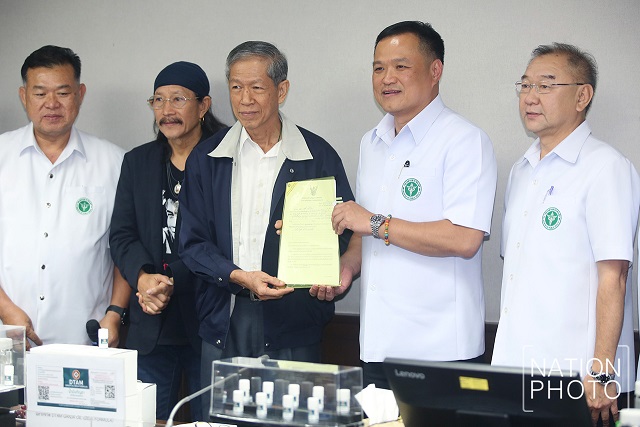 Anutin said the Department for Development of Thai Traditional Medicine and Alternative Medicine (DTAM) was producing 660,000 bottles for the 22 hospitals, each containing 5cc of oil, for a total of 3,300 litres.

Anutin said the hospitals would conduct their research while utilising the oil in the care and subsequent treatment of patients with specific ailments who specifically applied for permission to use Decha’s formula.

They will gauge its effectiveness and record any side effects so that the formula can be improved and rendered completely safe and suitable for people with various ailments.

Before Wednesday’s handover at the ministry in Nonthaburi, Anutin gave a video-conference to outline policy for relevant officials.

With DTAM director-general Dr Marut Jirasetsiri also looking on, Decha first presented his cannabis-oil recipe to Anutin. The minister thanked him for bringing aid and relief to ailing people and his generosity in sharing his formula. “Let the results prove [the oil’s effectiveness] and let all be according to facts, while the priority lays with the people’s safety,” Anutin said. “It will take some time and, if it is good, we will continue, but if it isn’t, we will cancel.”