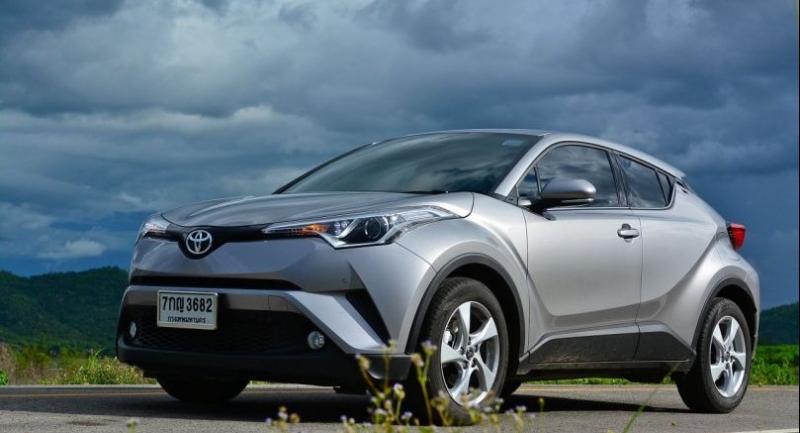 With sales climbing back, it was a year when models tempted with tech-assisted improvements in performance, safety and fuel economy

AUTO  sales returned to the 1-million-unit mark in 2018 and this is partly due to more attractive products as well as more attractive sales promotions being offered all year round.

It was a year that witnessed new models coming with improvements in performance, fuel economy, safety and technology, giving customers a more complete experience.

Here are the most impressive vehicles I drove in 2018.

The new 3 Series will be on sale in Thailand this year, but I had driven it at the global event in Portugal in December and must say that this is another winner from BMW.

The 320d comes with a twin-turbo 2.0-litre common-rail diesel motor capable of producing 190hp and 400Nm. It comes with an 8-speed automatic transmission, and does the 0-100kph in 6.8 seconds, and yes, the top speed is 250kph as well. What’s more is that the average fuel economy is claimed at 23km per litre.

It provides great driving dynamics that you’d expect from a 3 Series. There is plenty of cornering grip and the steering provides excellent precision and feedback.

The exterior design still looks good, although in terms of size, the 3 Series have grown much over the years. There are loads of high-tech features too, such as the BMW Personal Assistant which is like Siri on wheels.

Audi is making a strong comeback in the Thai luxury car market and is offering a wide range of models, all imported as it does not have an assembly facility here.

Imported vehicles are expensive due to the high import duty, but the German auto maker makes sure that’s not a problem by offering prices that are similar to locally assembled models of rival brands.

The A4 Avant, priced at Bt3.249 million, is a sleek-looking wagon that in my opinion looks better than the sedan version, something that doesn’t happen often.

The turbocharged 2.0-litre engine pumps out 252hp and 370Nm, and with a smooth-shifting

7-speed dual clutch transmission, is capable of propelling the A4 Avant from 0-100kph in just 6 seconds and to a top speed of 250kph.

Due to the success from the F-150 Raptor in America, Ford has decided to apply the same treatment to its popular Ranger pickup. The result is explosive success.

Priced at Bt1.699 million, it’s the most expensive

1-ton pickup on sale in Thailand, but there’s a whole bunch of changes that pretty much justify the cost.

With its cross-country looks, the Raptor is an attention-grabber. It is powered by a new twin-turbo 2.0-litre engine with 213hp and 500Nm. There are six  driving modes, and it comes with revised suspension that includes FOX shock absorbers and Watts link setup at the rear.

Inside there is special treatment from the standard Ranger such as Alcantara leather with blue stitching, Raptor steering wheel and sports instrument panel.

The Swift has been one of the top-selling eco cars in Thailand and the new model comes with so many improvements that put it in another class altogether.

The new model is wider and has a longer wheelbase that instantly gives it more stability on the road, despite being slight shorter in length. There’s also more interior and luggage space too.

The jet air vents inside give a high-quality feel and there’s a 7-inch touchscreen with smart connect.

The 1.2-litre engine produces 83hp and 108Nm (lower than the old model), but the new car is lighter and as a result performance doesn’t suffer much. The claimed average fuel economy is 23.3-km/litre.

The suspension and steering (sporty design with flat bottom) offers sharp response and high-quality damping, and this is where it counts for a sporty hatchback like the Swift.

Winner of this year’s Thailand Car of the Year award, the C-HR is a revolutionary crossover from Toyota.

Posing a futuristic design, the C-HR stands out in the crowd with a funky appearance. The interior is modern and refreshing, although the materials may not be top-notch.

The good point is that there are hybrid and

1.8-litre models to choose from, and although the fuel economy of the former is pretty good (24.4km/litre), the latter is 70kg lighter and feels more balanced in driving dynamics. At Bt1.039 million, it’s also Bt120,000 cheaper than its hybrid sibling.