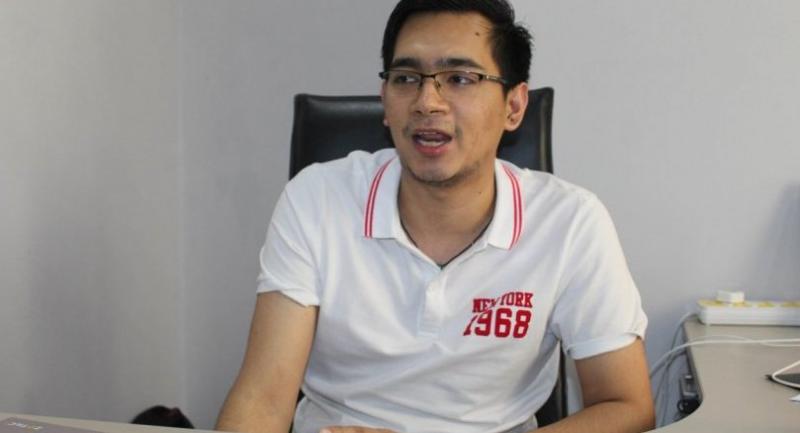 Htet Aung Latt, founder and chief executive of Flexible Pass, has brought 45 local and international partners on board for the service.

WITH health and fitness centres popping up in big cities across Myanmar, a technology startup is bent on bringing all gyms under its innovative platform that offers users on the go access to all facilities in the network, said Htet Aung Latt, the founder and chief executive of Flexible Pass.

“Now we cover nearly 70 different locations in Yangon, and have plans to expand to Mandalay over the next few months,” Htet Aung Latt said in an exclusive interview. “We will try to reach everywhere in Myanmar over time.”

The firm has partnered with 45 local and international companies in Myanmar, with more than over 60 per cent of them operating gyms and fitness centres in Yangon. Its partners include luxury hotels such as Mercure and Chatrium, as well as yoga studios, Htet Aung Latt said.

“Our aim is to offer an extensive fitness platform for people’s convenience. As urbanisation gathers pace in Yangon, people move around a lot. We believe they will prefer a pass that can be used everywhere they go, rather than a permanent membership at a single gym or fitness centre.”

He said the pass would provide access to users at savings of up to 40 per cent of the standard walk-in prices at partner gyms and fitness activities. People can participate in a wide variety of fitness categories including boxing, swimming, rock climbing, yoga, indoor skydiving, spa, and other wellness and health services, as well as attend more than 100 types of fitness classes.

Htet Aung Latt came up with the business idea when he was accepted into the Founder Institute, the world’s premier pre-seed startup accelerator programme, and became one of the 24 finalists. After being mentored by industry professionals for 14 weeks, he received positive feedback on Flexible Pass from entrepreneurs in Myanmar. Soon after the official launch in June last year, the firm has been enjoying growth of almost 20 per cent on a monthly basis, he said.

“We have nearly 50,000 followers on Facebook and thousands of visitors on our website. Our mobile application has been downloaded on to 4,000 mobile phones through iOS and Google Playstore,” he said.

Unlike other with applications in Myanmar, 40 per cent of the app users are iPhone users, while the remainder have Android phones. This is much higher than the industry average of over 80 per cent of users on the Android platform, Htet Aung Latt said.

The firm managed to secure over 5,000 bookings within a year. He expects to reach 100,000 bookings by the end of this year. Htet Aung Latt aims to triple the number of users over the next two months.

“We are now upgrading our app, and will come up with a better design by the end of this month. We will also update all our digital platforms, including the website, in the coming months,” he said.

Htet Aung Latt allows himself some pride in the international recognition for the efforts of his team of eight people. Last year, the firm had a chance to represent the country in the Westerwelle Young Founders Programme in Berlin, Germany. It won the startup of the year and the best healthy lifestyle tech startup in the Myanmar Rice Bowl Startup Awards 2017 and was among the nominees in Asean Rice Bowl Awards 2017. In June, the firm became one of the 20 startups selected by [email protected] Asean held in Singapore in front of Britain’s Duke of York.

Htet Aung Latt said the pass can be bought through several payment options - cash, bank transfer to the firm’s KBZ, CB and AYA bank accounts, electronic payments such as Visa, MasterCard and MPU, mobile financial services including Wave Money, and 24-hour convenience stores such as Grab & Go and abc.

The company offers three packages: US$30, $50 and $100, which are valid for six months from the date of the first usage. The pass can also be bought in kyat, based on the current forex rate.