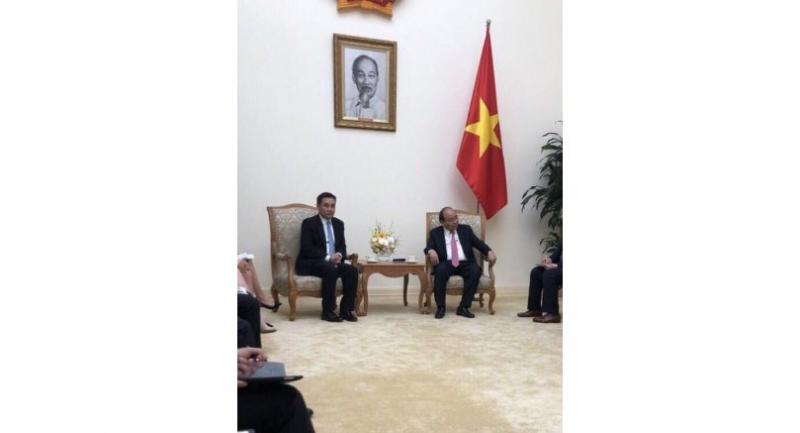 GULF Energy Development's planned investments in renewable energy in Vietnam have won the endorsement of the country’s prime minister, who says Vietnam is giving priority to the development of alternative energy sources.

Nguyen Xuan Phuc said he wants the Thailand-based company to continue to promote investments in this sector in Vietnam.

Phuc said that Thailand has more than 490 investment projects in Vietnam with a total capital of nearly US$10 billion.

He said this scale of investment indicated the efficiency of business investment by Thai enterprises in Vietnam.

Phuc highlighted some of the big projects that Thai investors were participating in, such as the Southern Petrochemical Complex Project.

The Vietnamese leader urged Gulf Energy Development not to miss any opportunities for further investment in Vietnam.

Phuc said his government had created favourable conditions for investors doing business in Vietnam, including in the field of renewable energy. The prime minister asked Gulf Energy Development's top executives to work with the Ministry of Industry and Trade on pricing and other issues to boost investment.

He also noted that the group must ensure a reasonable and competitive price, as many businesses have been investing in this field.

“We would like to thank Prime Minister Nguyen Thanh Phuc for his continued support,” said Sarath Ratanavadi, chief executive of Gulf Energy Development, who added that he is very interested in the renewable energy field in Vietnam and has cooperated with several partners in Vietnam to implement some projects.

Expressing his praise for Phuc in stopping investment in new coal-fired power plants, Sarath said that he would continue to look into further business opportunities in Vietnam. “At the same time, we have faith in the favourable policies of Vietnam for these projects to be successful.

“This will encourage other foreign investors to move into Vietnam.”