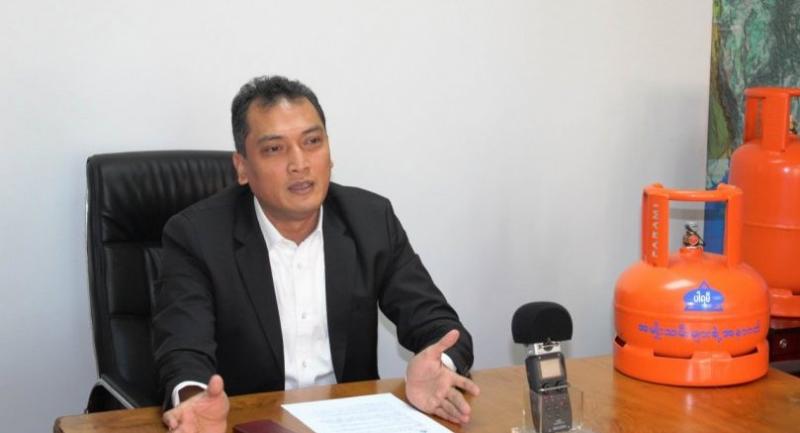 DRIVEN by its vision to become an innovative leader in Myanmar’s growing energy sector, locally-owned Parami Energy Group of Companies plans to invest US$35 million (Bt1.15 billion) in its LPG (liquefied petroleum gas) business over the next three years, according to Group CEO Ken Tun, aka Pyae Wa Tun.

He told a media roundtable on Monday the firm has invested 15 billion kyat (Bt318 million) so far, and will spend an additional $25 million to expand its LPG business. He seemed confident the LPG business would be the main driver of the firm’s growth in the long term.

The investment will be used to build a modern energy architecture for the people of Myanmar, bringing safe, reliable and affordable energy to communities across the nation through initiatives such as LPG projects and rural mini-power-grids, Ken Tun said.

“The outlook for LPG business is really bright here in Myanmar. We see much room for improvement because Myanmar’s current LPG usage is 40 times lower than our neighbouring country, Thailand,” he said, citing official figures that showed Myanmar’s LPG consumption is less than 100,000 tonnes per year, compared to Thailand’s 4 million tonnes.

“Our plan is to distribute LPG to nearly two million households by 2020. By doing so, we can also contribute to the livelihoods of women living in rural areas while providing efficient and environment-friendly energy solutions across the nation,” he said.

In the initial phase, the firm will distribute LPG to nearly 150,000 households by the end of this month. As part of its social commitment, the firm will hire only women as their distribution agents.

“We will start with all the townships in Yangon region. Our core strategy is to appoint female distributors only, with an aim to improve their livelihoods. By doing so, we play an active role in women’s empowerment, as the female agents can earn an average income of between 300,000 kyat (Bt6,342) and 500,000 kyat (Bt10,568),” he said.

“We decided to buy SMPC products, though they are more expensive than those of Chinese companies. When it comes to LPG, safety is most important, and we trust in their products because SMPC is one of the leading LPG container manufacturers in the world,” he said.

Parami Energy is one of the only two Licence A holders in Myanmar eligible to import and sell LPG from foreign countries. Currently, the majority of LPG used in Myanmar is imported from Thailand, Malaysia and Indonesia. The firm also looks to import LPG from the Middle East in the years to come. In late 2017, the firm was permitted by the government to manage and operate a state-owned LPG terminal in Thanlyin.

“At this point, we are heavily investing in LPG marketing as well as the downstream distribution infrastructure via state-of-the-art systems and equipment,” said Ken Tun.

Last month, the firm opened Myanmar’s first-ever community kitchen to use LPG, locating it in the Pa-O autonomous zone in southern Shan state. The firm plans to set up additional community kitchens in other parts of the country, with the second one scheduled to open in Magway region next year.

“If we could develop an environmentally friendly fuel source that would allow us to curtail the rates for electricity and other fuels, people would have the chance to reduce their electricity costs, and the forest coverage would also widen,” he said.

According to Ken Tun, cutting the forests for fuel to be used in cooking will lead to the deforestation of Myanmar, so the government has to subsidise millions of dollars yearly to pay for electrification.

“For our forests, rivers and natural blessings to be sustainable, we need to find an alternative reliable source of energy. And it is none other than LPG,” he said.