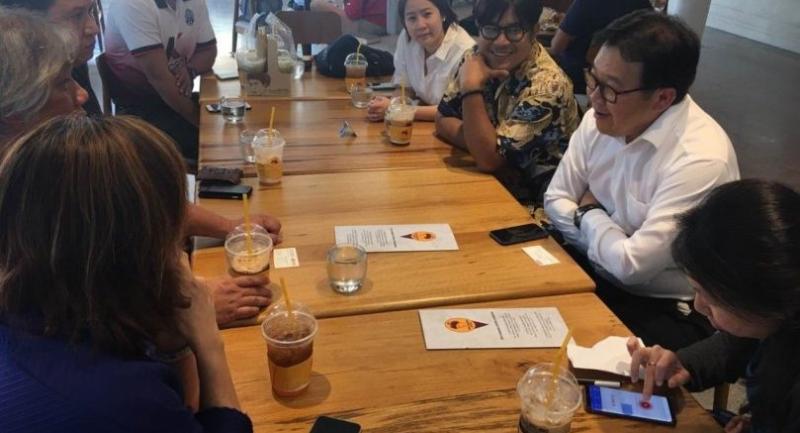 “Our target this year in Cambodia is to maintain existing businesses which produce and sell our products, and to add new service solutions and introduce retail or B2C to the market,” Somwang who is also managing director of Kampot Cement, a subsidiary of SCG which holds the majority of its shares, told The Nation in a recent group interview.

Roofing solutions and interior decoration will be introduced to the Cambodian market as new service solutions under the company’s five-year plan.

Roofing solutions for residential houses will undergo a trial starting in March, he added.

In the past, when clients bought roof tiles under its brand, bad installation by masons or contractors sometimes resulted in problems. SCG saw it as a pain point and decided to address it through launching a new service, with the firm offering a guarantee to clients for after-sale service, said Somwang.

As for the retail market, SCG will offer online and offline services for retail – B2C –for home construction, renovation and decoration. According to Somwang, no companies in Cambodia have offered these services.

The new services were chosen after Somwang saw high potential due to expected growth in the Cambodian construction industry in the next five years.

Certainly, new high-rise buildings and housing projects are easily seen in this capital city. Somwang, who has lived in Phnom Penh for more than five years describes how the capital city now differs from the past. China and Japan have increased their investments in the country, and that has helped drive an ongoing increase in construction projects.

Somwang sees that as an opportunity for Kampot Cement to sell more cement. New projects are being approved, such as a new expressway that will connect Phnom Penh and Sihanoukville. The expressway will stretch over 190 kilometres and will be built on a build-operate-transfer basis by state-owned Chinese Communication Construction Company Ltd, with construction costs estimated at nearly $2 billion (Bt62.7 billion).

“Construction has commenced, requiring about 500,000-600,000 tonnes of cement for three years of work. As leader in the market, we will supply the bulk of the materials ,” he said.

The Cambodian government also has plans to build two more ring roads to support the expansion of the city community, he noted.

Another expressway project involves the construction of a 160-kilometre stretch of road connecting Phnom Penh to Bavet in Svay Rieng province, which will be linked to an expressway from the border gate at Moc Bai, on the Vietnamese side, to Ho Chi Minh City.

The study was conducted by the Japan International Cooperation Agency (JICA) which revealed that the project will cost about $3.8 billion.

“The government also has plan to expand its airports to facilitate the boost of tourism” he added.

Kampot Cement now produces around two million tonnes of cement at its factory in Kampot, a province in southwestern Cambodia. The firm is studying whether to set up more factories.

SCG’s products cover a wide range of building materials for all needs of home and commercial construction under the SCG and K-Cement brands. Their four major products by sales volume are cement, ready-mixed concrete, roof tiles, and PVC pipe, according to Somwang.

Somwang conceded that his firm’s products are more expensive than the same products by its competitors, but says the company’s product quality is far superior.

“People here in Cambodia care more about quality and strength than the price. They use stronger and better quality construction materials. So the cost [using SCG’s materials] is 30-40 per cent higher and some materials are imported,” he added.

Somwang noted that when the company was first founded in Cambodia, they needed to stress the quality and service, and that there would be no supply shortages. Those advantages have made the firm a strong brand.