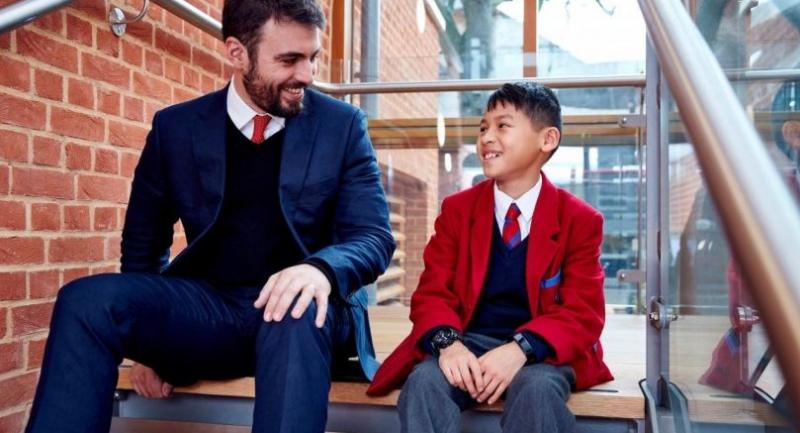 WITH KING’S College International School Bangkok campus on Ratchada-Rama III set to officially open in 2020, and with an admissions campaign expected to launch in June this year, the school’s chairman of founding team said it will also be investing Bt500 million in the next five years.

“We will be spending about Bt500 million on school equipment, improvement of facilities and human resources,” the school's chairman of founding team Sakorn Suksriwong said yesterday in an exclusive interview with The Nation.

The new international school will be a branch of King’s College School in Wimbledon, London. Last year, the school opened two branches in China, making the one in Thailand its third branch to open overseas. Sakorn noted that the school has in the past two years invested at least Bt1 billion in construction, teaching equipment and human resources.

“The construction is nearly completed, and all the buildings should be ready by the beginning of 2020,” Sakorn added.

“We have taken a 30-year lease on approximately 23 rai of land from ICC International Plc for the school campus,” he said, adding that involved parties have already informally agreed to extend the lease by another 30 years. Thai law only allows land to be leased for a maximum of 30 years at a time.

Sakorn did not disclose the funds required for the leasing.

“In King’s College Wimbledon, up to 25 per cent of our graduates are accepted into either Oxford or Cambridge University,” he continued. “Here at King’s College International School Bangkok, we aim to emulate that kind of success, both in academic performances and in co-curricular activities.”

“Hence, King’s College Wimbledon will itself be selecting teachers for the Bangkok branch to ensure they are of an exceptional standard,” he said.

In its first year, the Bangkok branch will offer classes from pre-nursery to year five for students aged two to 10 years old, Sakorn said, adding that he expects some 150 to 200 students to be enrolled.

“In the second year, we will expand to years six to eight. The school aims to offer education from pre-nursery to year 13 in the next seven years,” he said. “Once all grades are opened, we expect to have approximately 1,500 students.”

Judging by the location and market situation, Sakorn expects 70 to 80 per cent of students to be Thais and the remaining 20 to 30 per cent to be foreigners.

He said the school fees will match those charged by top international schools in Thailand, though he did not reveal specific details.

The school will be governed under the policy of “pastoral care”, a system that aims to meet the academic, social and personal well-being and needs of students, he said.