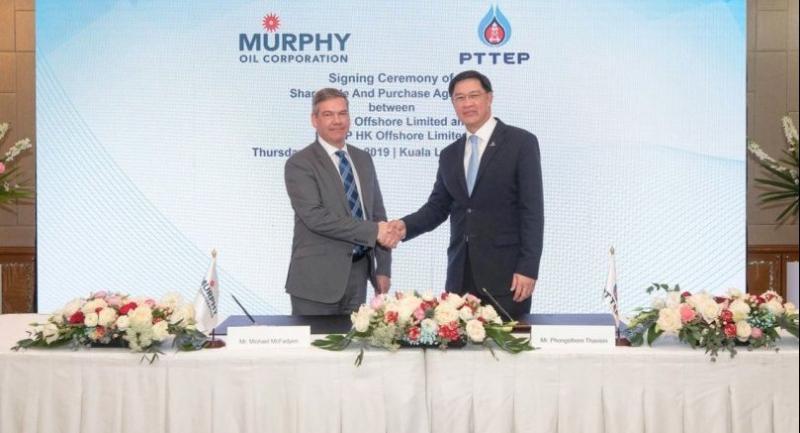 Murphy is the operator of all the oil exploration assets in Malaysia, except the GK field in Sabah K Project, which is operated by Shell.

The transaction is subject to customary net working capital and closing adjustments, plus an additional maximum payment of $100 million contingent upon discovery of a significant threshold of oil in the SK405B Project.

PTTEP plans to fund the acquisition with available cash. Completion of the transaction is subject to the usual conditions, including necessary regulatory approvals as prescribed in the agreement, with an expected closing date by the end of the second quarter of 2019. After the completion PTTEP will work together with Murphy to ensure a smooth business transition and continuity of safe operations under the same experienced personnel.

The acquisition of Murphy’s business in Malaysia strategically fits with PTTEP’s “Coming Home” strategy, focusing on the Asean region.

This diversified self-funded portfolio will add a mix of production, development and exploration assets that will achieve three goals: secure PTTEP’s position as a major oil and gas producer in Malaysia, create operational synergy with the company’s existing Malaysia assets and reinforce its strong partnership with Petronas.

It is also expected to provide an opportunity for PTTEP to enhance its deep-water capability to support future deep-water developments, the company's president and chief executive officer Phongsthorn Thavisin said in his report to the SET.