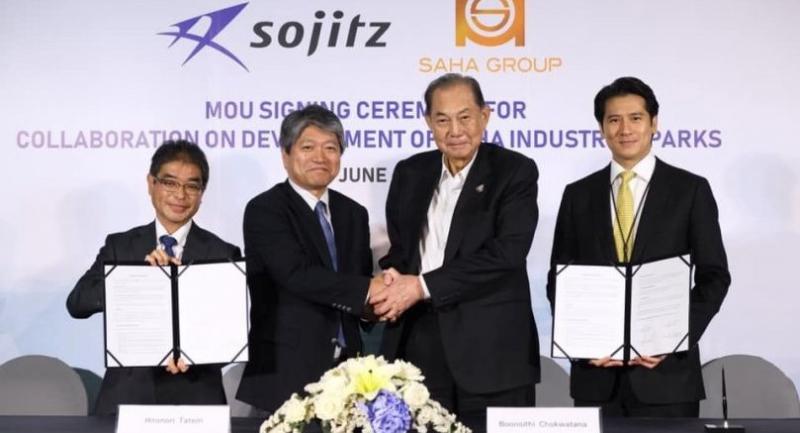 Sojitz is also in talks with Saha regarding a memorandum of understanding which would see the parties jointly developing industrial parks and other businesses, strengthening the partnership between the two companies.

Thailand’s long-term socioeconomic vision for the country—"Thailand 4.0”— aims to achieve greater industry sophistication and higher value in the country's products and services.

In the Bank for International Cooperation (JBIC)'s annual survey of foreign direct investment by Japan’s manufacturing sector in FY2018, Thailand came third behind China and India among the most promising countries in the medium-term (next three years).

The study predicted that more Japanese manufacturers would look to Thailand to set up or expand their production facilities.

Saha has developed four industrial parks in the country since 1974, headed by the first in Sri Racha and three more in Kabin Buri, Lamphun, and Mae Sot. This means that Sojitz can offer prospective investors a suitable site for their operations.

Sojitz will use its experience gained from work on industrial parks in Vietnam, Indonesia, India, and the Philippines in its offers to Japanese companies looking to establish production bases in Saha's industrial parks in Thailand and other countries in the region.