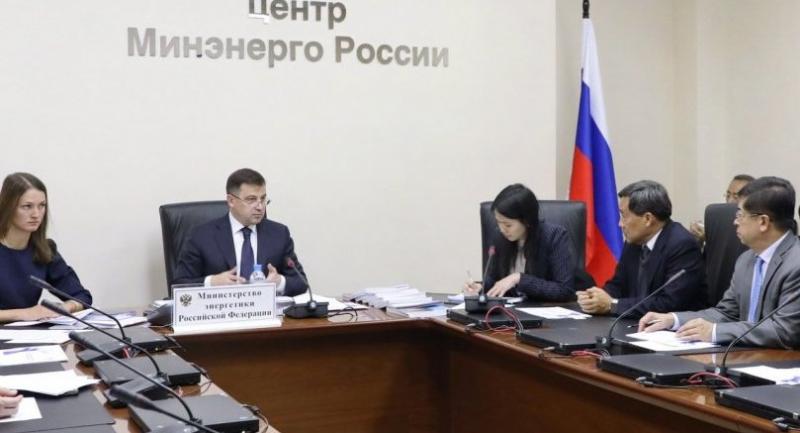 WHETHER Russia wants to admit it or not, oil is increasingly seen as its biggest geopolitical tool. If that’s the case, the question then is how it will be wielded in support of its “Look East” policy in the long run.

But for the time being, it looks like the priority is more economic-driven than political. The Asia-Pacific region is without question becoming an increasingly important market for its oil and gas in the face of tightening Western sanctions. And Thailand, looking to diversify its energy sources, certainly sees great opportunities in Russia’s eastward move.

Executives of PTT Public Co Ltd visiting Moscow recently were reassured by representatives of Russia’s major energy companies that countries in this region have always been in their sights. Executives of Rosneft, one of Russia’s biggest global energy companies, pointed to the dramatic increase in Russian oil exports to the region - by 140 per cent - over the past five years.

Thailand has already taken modest steps in responding to Russia’s eastward policy in the field of energy. PTT has signed memorandums of understanding (MOUs) with three of Russia’s leading oil and gas companies - Gazprom Neft, Rosneft and Novatek - aimed at cooperation in the field of LNG supplies, upstream operations, crude and oil products trading, refining and petrochemical projects.

But cooperation so far is limited to purchases of liquefied natural gas from Gazprom. Tevin Vongvanich, the chief executive officer of PTT, admitted that Russia, despite its geopolitical role and vast economic potential, still needs to be better understood before Thai businessmen can really make an inroad into the Russian market.

“We look at this as an opening of the door to a better understanding of Russia,” said Tevin, referring to the MOUs that PTT signed with the Russian energy firms. Tevin late last month led a delegation of PTT executives and senior Thai journalists to Moscow and St Petersburg for a series of meetings with key players in Russia’s energy companies, including Rosneft, Gazprom Neft and the Ministry of Energy.

As Thai businessmen are still trying to find their way in Russia, Tevin believes that their Russian counterparts seem to have better and more specific ideas as to what they want to do in Thailand. This was clearly demonstrated during a recent visit to Bangkok by a Russian business delegation, described as the biggest to Thailand so far, led by Deputy Minister of Economic Development Alexei Gruzdev.

The Russian minister singled out transport, logistics, energy, biotechnology, pharmaceuticals, medical equipment, robotics and Internet technology as being among the areas that Russian businessmen are interested in and raised the prospects of Thailand being a hub for Asean.

One thing was made clear during the recent PTT executives’ visit to Russia. Asia and the Pacific are becoming an increasingly important market for Russian energy export. But what is also clear is that while Russia has an eye on Southeast Asia, China remains its priority. Russia last year became China’s biggest oil supplier. An extension of the East Siberia-Pacific Ocean oil pipeline between the two countries completed in January has doubled crude oil exports from 15 to 30 million tonnes annually.

Rosneft has also invested in oil refineries and service stations in India and in 2016 established a US$13.8-billion joint venture with Indonesia’s Pertamina to develop a new oil refinery in East Java.

In his meeting with the Thai delegation, Deputy Minister of Energy Molodtsov Kirill Valentinovich said that to support Russia’s move towards Asia, Russia will intensify its exploration and drilling of oil in eastern Siberia for the Asia-Pacific markets and Russian oil companies will work with countries in the region to discover new energy sources.

He believes that the recent re-election of President Vladimir Putin reflected the Russian people’s support for his policies, including that on energy, which he said has been crucial to the country’s economic well-being. “President Putin has a strong interest in the energy sector and is most likely to continue with the present policy,” he said, adding that there will be a stronger drive for more efficiency and lower costs with the help of modern technology and artificial intelligence in energy production.

Under its energy strategy until 2035 is a plan to develop 2,000 new oil fields and at the same time to find ways to balance its dependency on oil and gas. And if Western countries think they can disrupt Russia’s energy sector with their sanctions, they are wrong.

“The sanctions are not a major problem. We know what we are doing and nobody can stop us except ourselves,” Valentinovich said.

Russia is now the world’s biggest exporter of oil and second-biggest producer of natural gas. And with its increasingly assertive geopolitical role, critics in the West believe it shouldn’t be a surprise if Russia were to aim to become a global energy superpower wielding its vast reserves of oil and gas as a foreign policy tool. But such a notion is quickly dismissed by those running one of the country’s leading oil companies.

“That is something far from reality,” said Pavel Baluta, project manager of the investor relations department of Rosneft, referring to what he described as distorted Western news reports about how Russia under Putin has been using oil to augment its diplomacy.

He insisted that Rosneft, which is 50-per cent government-owned, conducted energy sales transactions based on economic calculations without political interference. He said that although government representatives sit on its board of directors, Rosneft is independent in its day-to-day management and decision-making.

He admitted that sanctions imposed by Western countries may have a direct effect on deep-water oil exploration and drilling and certain aspects of financing, but do not interfere with on-shore operations.

Tevin said PTT’s cooperation with Russian energy firms is in its initial stage, involving purchases of the country’s liquefied natural gas, but this would gradually be expanded to include joint ventures in surveys and exploration in the future.