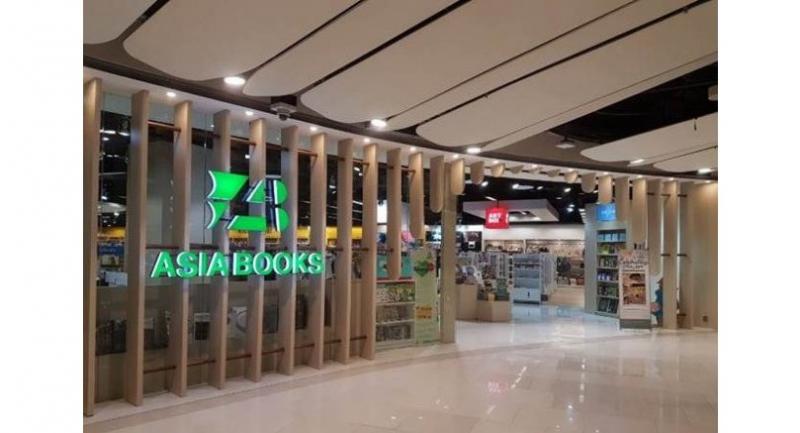 Asia Books at CentralWorld is among the shops expecting to benefit from the tax incentive campaign.

The private sector has voiced confidence in the tax incentives offered by the government for shopping from December 15 until January 16, 2019, as it will push up domestic spending and boost the country’s gross domestic product in the fourth quarter of this year by 0.1 to 0.2 per cent.

Chairman of the Thai Chamber of Commerce and Board of Trade of Thailand Kalin Sarasin said the tax refund would contribute positively to the economy.

Michelin (Thailand) Co Ltd country director Segsarn Trai-Ukos said this was the best policy to support the use of local rubber to manufacture tyres.

“This will expand the demand for truck and bus tyres and in the process increase the utilisation of local natural rubber,” he said.

Following the government announcement of the measure, Asia Books launched its latest campaign, offering price discounts of up to 20 per cent to customers during the period of the incentive, she said.

Salinla Seehaphan, corporate affairs director, Tesco Lotus, said the retailer welcomes the government’s year-end tax rebate scheme as historically these campaigns have helped to uplift the shopping mood and stimulate spending. “We will be participating this year as we have products eligible for rebate such as books and OTOP products."

Yesterday, the Cabinet gave the nod to the New Year gift for Thai people. The tax deduction measure covers three specific types of products as a means to promote agriculture, communities and human capital

Pinsai Suraswadi, spokesman for the Revenue Department, said the department has proposed the tax measure to promote agriculture, communities and human capital through consumption of necessary products that have been promoted by the government.

As per the ministerial regulation, ordinary people will be able to spend up to Bt15,000 per person on specific types of products as deductibles from their personal income tax. The spending must be done between December 15 and January 16, 2019.

Taxpayers will be able to receive tax deduction based on spending of not more than Bt15,000 combined for two tax years. Out of the three types of products, the first range from auto tyres to motorcycle tyres and bicycle tyres and all must have documents from the Rubber Authority of Thailand.

The second type involves OTOP products registered with the Community Development Department and the third is books and e-books bought from companies or registered partnerships, but excluding magazines and newspapers.

All purchased products must be backed by invoice.

Meanwhile, yesterday the Cabinet also approved a budget of Bt26 billion to support rubber, palm and tobacco as their prices have been sliding.

Nattaporn Jatusripitak, an adviser at the Prime Minister’s Office, said after the Cabinet meeting yesterday that the Cabinet had approved Bt17.5 billion to support rubber farmers for the year 2018-2019 by paying Bt1,800 per rai per farmer but not over 15 rai per farmer starting from December 2018 until September 2019.

The balance of Bt159.59 million will be allocated for tobacco plants, covering 13,557 farmers, he said.