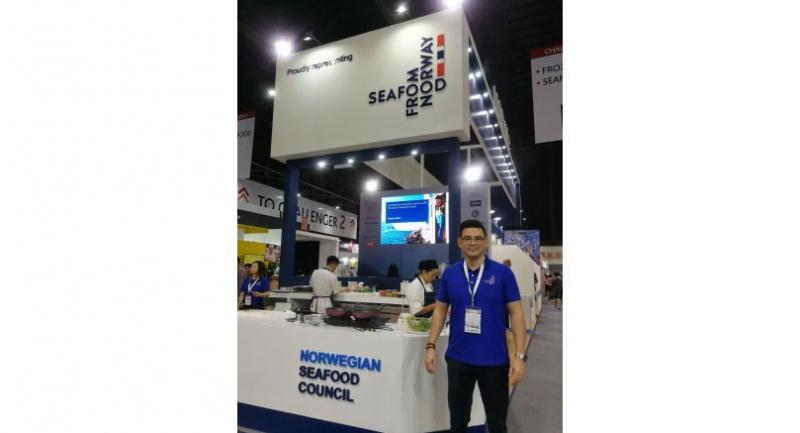 THE NORWEGIAN Seafood Council (NSC) will relocate its regional office from Singapore to Bangkok in mid-year to cash in on the country’s strong domestic consumption of Norwegian seafood, said NSC director for Southeast Asia, Jon Erik Steenslid.

“NSC has been actively working in the Thai market for the past five years; and since last year, Thailand has become the most important market for us in Southeast Asia due to its robust growth in domestic consumption,” he added.

“Moreover, we see further potential as the Thai economy is improving and consumers are more inclined to eating trendy and healthy food,”

“A testament to our increased effort in Thailand and how important the market is for us have led to the relocation of our regional office from Singapore to Bangkok this coming summer”.

The NSC is a public company owned by Norway’s Ministry of Trade, Industry and Fisheries, and the world’s only national seafood council. NSC works together with the Norwegian fisheries and aquaculture industry to develop markets for Norwegian seafood exporters. The trademark “Seafood from Norway” is a symbol of origin and quality for Norwegian seafood, farmed or wild, caught or raised in Norway’s cold and clear waters.

Its plans include product promotions at leading supermarket and restaurant chains and engagements with key media and influencers.

In term of business-to-business (B2B), it will help increase quality awareness and the proper handling of Norwegian seafood products through information, education and training to supermarket employees and chefs.

For the business-to-consumer (B2C) market, it aims to inspire more cooking of Norwegian seafood at home and informing consumers about its origin.

“Just as Thai consumers associate sushi with Japan, we want them to associate Norway with salmon,” he said.

He added that in the past three years, export of fresh Norwegian salmon to Thailand increased by 25 per cent a year, and for the first time it has exceeded 10,000 tonnes in 2018.

Last year, total export of Norwegian seafood to Thailand was 29,000 tonnes, an increase of 10 per cent from the previous year, at a value of around Bt 4.8 billion.

Of the imports in 2018, salmon accounted for 50 per cent, while 40 per cent were mackerel.

“The consumption of Norwegian salmon and other seafood are expected to grow continuously in Thailand as consumers become more quality conscious. However they are also increasingly concerned with important topics such as sustainability, food safety, and origin. The younger generations today have the world in their palms through their smartphones, and information is so easily available. Norwegian seafood has ticked the boxes to bust these concerns,” Steenslid added.

Salmon is by far the most popular Norwegian seafood in Thailand - freshly flown in by air.

As Thai consumers have developed a liking for Japanese food, especially sushi and sashimi, their favourite fish is salmon, he said.

“More than 50 per cent of all raw fish dishes sold in sushi restaurants in Bangkok are salmon-based. We are of course very happy about this, but at the same time our challenge is that most consumers believe the salmon they eat at Japanese restaurants come from Japan, when in fact there is most likely no Japanese salmon in the Thai market,”

He added that the domestic market for salmon in Thailand can be divided into fresh and frozen products. In the fresh category, the Norwegian salmon has a market share of more than 90 per cent, due to the country’s unique ability as the world’s largest producer to supply regularly all year round, in combination with a very efficient logistics system.

“With a market share for fresh salmon of more than 90 per cent, it is almost certain that the salmon they eat comes from Norway, and this is the awareness we want to create among Thai consumers through marketing and PR activities,” he said.