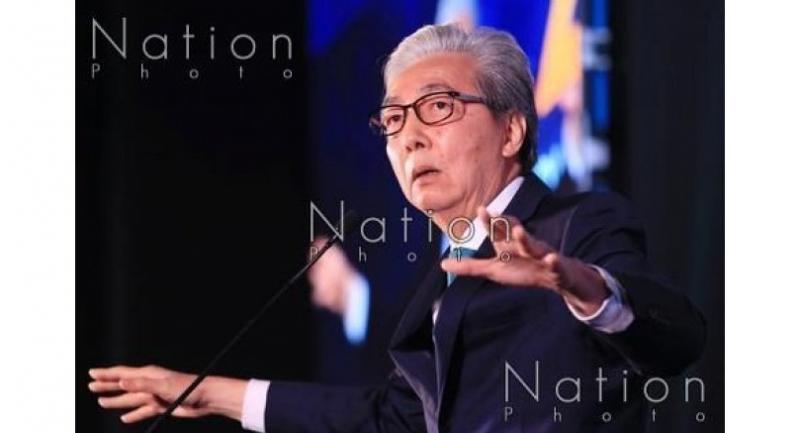 THE government’s economics chief has voiced his concerns over a strong baht with his central bank counterpart, citing the impact on farmers and calling on him to be ready to put the brakes on further gains in the currency.

Deputy Prime Minister Somkid Jatusripitak yesterday said the government was worried that a chain reaction would set in as farmers across the country struggled with burden of an appreciating currency.

Somkid said he had aired these concerns with Bank of Thailand (BOT) governor Veerathai Santiprabhob and asked him to ensure that the baht won’t be allowed to rise too rapidly.

“The governor understands the issue but the central bank cannot quickly bring the value of the baht down due to the many influencing factors,” Somkid said of his talks with Veerathai. Somkid said the central bank’s stance is understandable and that the government cannot intervene in the policymaking of the BOT.

Somkid’s comments follow a meeting he held with senior officials from the many ministries that are formulating economic policies aimed at helping low-income earners. Officials raised the issue of the impact of the appreciating baht on farmers, which makes their commodities less competitive on the global markets.

Somkid said the government plans to set aside Bt12 billion for fiscal 2020 on economic policies that benefit the poor.

In a separate news conference, Veerathai vowed he would take action on the baht’s strength and has called for other parties to coordinate in actions to remedy its impacts.

He defended the central bank’s actions in raising the policy rate in December, to 1.75 per cent. Veerathai said the move did not cause to the baht to rise against the US dollar, not did it encourage capital inflows.

This year, capital outflows from the bond market are at US$400million, while inflows into the stock market are just US$100 million, resulting in net outflows of $300 million, he said.

The weaker dollar, combined with the high current account surplus, has contributed to the baht’s rise, he said.

He expressed his concern that a less resilient economy would encounter difficulties with exchange rate volatility.

The currencies of some countries have experienced higher volatility than the baht but their economies are coping with it better than the Thai economy, Veerathai said.

He said that some experts may want the baht fixed at 31,32 or 33 to the dollar but the exchange rate cannot be fixed due to the many external factors that are beyond Thailand’s control.

“The most important is how to make sure the economy can absorb the exchange rate volatility,” he said.

This means that the competitiveness of Thai firms largely depends on pricing, he said in respond to exporters who have complained about the impact of the baht appreciation.

Importers have been prudent as they have use financial tools to hedge against the risk stemming from exchange rate volatility, but exporters have not yet hedged against such risks on regular basis, Veerathai said.

Veerathai encouraged exporters and importers to rely more on local currencies rather the US dollar.

Thailand’s exports to the US represent 10 per cent of the total, but they quote prices in US dollar on up to 70 per cent of total exports, he said.

He advises businesses to quote their product prices in yuan , yen, ringgit and other currencies of the country’s trading partners.

Thailand should also take advantage of the stronger baht to import capital goods for domestic investments, he said, referring to the relatively weak investment as the major cause of the current account surplus.

Thailand had a relatively high current account surplus of US$37 billion last year, due to surpluses in goods exports and income from tourism.

According to the central bank, the baht has risen 3.93 per cent against the US dollar, hovering above Bt31 since the beginning of the year.

“The rise of the baht is in the middle of the group among currencies of emerging economies. For example, the Russian rouble and the Indonesian rupiah have risen much more rapidly,” Veerathai said,