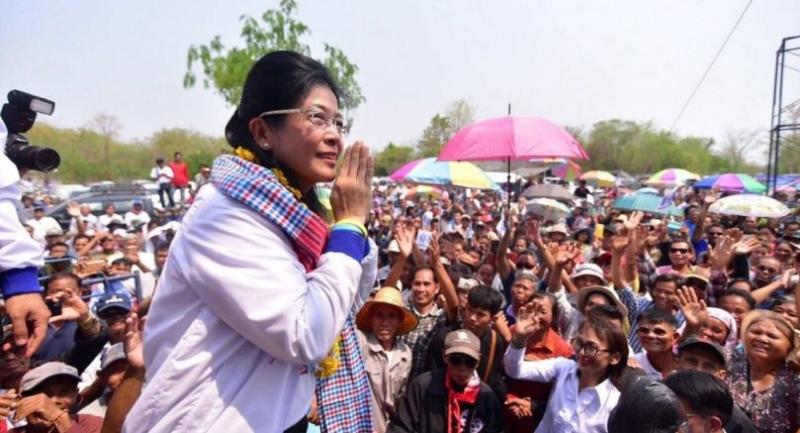 By Wichit Chaitrong
The Nation Weekend

Political parties face formidable challenges if they intend to pursue their generous welfare pledges in earnest. If they are elected to govern, they’ll have to deal with a shortfall in tax revenues, inevitable coalition horse-trading and the inherent difficulties of trimming the defence budget. The Future Forward Party has pledged to spend Bt650 billion annually on comprehensive social welfare, tacking Bt300 billion more on top of the current outlay. The party is promising monthly cash grants for children, youth and the elderly. The Democrat Party has pledged universal grants of Bt1,000 per month for children up to age eight. Its plan for free education through vocational level is equally ambitious, since so many parents currently have to borrow from the Student Loan Fund to afford tuition fees, burdening them and often resulting in loans going unpaid. The Pheu Thai Party has promised subsidies for rice farmers of Bt5,000 per tonne per family, up to a maximum output of 15 tonnes. It also vows to boost the minimum wage to help low-income earners. The party has done won all of the most recent elections, thanks in large part to its populist policies.

The Phalang Pracharat Party has pledged to cut the personal income tax rate by 10 per cent and increase wages. The Action Coalition for Thailand Party is proffering cash transfers for underprivileged families, 12 months’ compensation for the unemployed and free vocational education.

Shortfalls in government revenues, however, are likely to render most if not all of these promises impractical.

Thai governments have run fiscal deficits ever since the 1997 Asian financial crisis, pushing public debt to 42 per cent of gross domestic product currently. That figure is expected to rise to 48.5 per cent in 2023 due to accelerated investment in major infrastructure.

That severely limits any additional spending on social welfare.

Future Forward has proposed higher land and building taxes as one solution to overcome budget constraints, arguing that the rates set out in legislation passed recently by the National Legislative Assembly were low.

Pairoj Vongvipanond, former dean of economics at Chulalongkorn University, agreed that land and building taxes could be higher, but the idea could prove unpopular among partners in any coalition government. Chatu Mongol did not endorse a tax hike on land and property, because he said some people do not generate income from their real estate.

Somchai has long urged governments to increase the value-added tax from the current 7 per cent to 8 or 10 per cent to generate more funds for welfare schemes. No major political party has as yet dared support the notion, though, fearing damage to their popularity.

Constitutional requirements are likely to result in rival parties attempting to form a governing coalition, necessitating compromises over their stated policies.

Ambitious welfare proposals by some parties could thus fail to be implemented.

“They may have different proposals, but they’ll have to compromise if they join a coalition government,” said Chatu Mongol, who is also a former finance permanent secretary.

Fiscal prudence ought to also curb government spending, which is a good outcome, said Chatu Mongol.

Current permanent secretary for finance Prasong Poontaneathas said  the government set the budget deficit for the fiscal 2019 at Bt450 billion and said the next government could have an additional deficit of Bt260 billion under fiscal-discipline law which allows a maximum deficit of Bt710 billion.

Future Forward and other parties have promised to prioritise spending, for example by reallocating defence funding to social welfare.

But they are expected to face strong opposition from the Army. When parties including Pheu Thai recently proposed a 10-per-cent trim in defence spending, it drew strong protests from the military top brass. The military maintains significant political clout, so the elected government could find it hard to channel defence funding to other causes.

“How well the parties can advance their agendas depends on how strong a mandate they get from the voters,” Pairoj said.