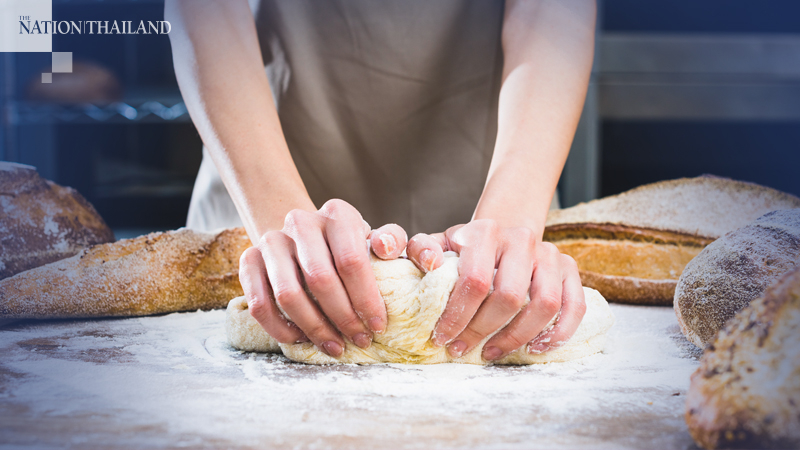 Last week while she was stocking up at the grocery store in anticipation of her family hunkering down because of the novel coronavirus, Zoe York grabbed the only bread she could find.

It was a sad, pale loaf. "It was like the one-dollar sandwich bread," said the Ontario-based romance writer, not the heartier, artisanal kind she and her family prefer. So she impulse-bought some flour and yeast in the baking aisle, though she'd never actually made bread before.

Since then, she's made five loaves with varying success and said it's given her a comfort that no amount of ordering food online can offer. "I like that it's something I can do for my family that's not just hitting 'click' and then sitting around worrying," she said.

York is hardly the only one driven to bread-baking these days. Suddenly, it seems like everyone on our Instagram feeds is a baker, turning out crusty loaves and lovingly showing off and naming their sourdough starters as if they were newborn babies.

The coronavirus has created the perfect environment for a surge in bread-baking. People suddenly have time around the house to do fiddly things they wouldn't normally, like proofing yeast and monitoring rising dough. Some are looking for a fulfilling hobby, or for sustenance for their families, or just something to do with the home-schooled kids that's not another video game. Measuring, kneading and shaping dough can be a balm for the anxiety that has accompanied the virus. And some people, faced with the prospect of the conveniences of modern life being upended, are feeling the need to be self-reliant, even in small ways.

"Things that just a few weeks ago might have seemed prepper-ish suddenly don't seem so strange," said Martin Philip, a baker at the Vermont-based baking-supplies purveyor King Arthur Flour. King Arthur reports that March has been its busiest month in terms of messages from users on social media. Last year, the company got 10,000 total, and this year, they've already hit 22,000. Philip also sees a therapeutic element to the surge. "I think it's a salve for . . . the stress and worry of the moment," he said. "We're going back to the instinct of caregiving, and the instinct to bring community closer to us, and bread is the center of that."

Whatever the reason, the sudden popularity has resulted in a dearth of both flour and yeast available online and in grocery-store aisles. In Michigan, Marty Amlin, who regularly bakes bread, was surprised to see her local grocery, the Meijer in the town of Petoskey, sold out of yeast and all but the store brand of flour. Her daughter, who lives in Washington, D.C., texted her telling her that her local stores were wiped out, too. She tried online to no avail - she noted that King Arthur and other retailers were sold out. She's not worried - yet. "I have five packets left," she said.

But it seems there's no need for both new and old-hand bakers to panic. Retailers and industry experts say the ingredients for bread-making are no different than other in-demand groceries, such as toilet paper and eggs. They might have been stripped off the shelves by the horde of shoppers looking to fill their pantries, but more is on the way. King Arthur's website is sold out of yeast and a number of flours, but they plan to restock within a day or two, the company said.

There's no danger of flour running out, said Christopher Clark, vice president of communications for the North American Millers' Association. "The industry has access to grain, has capacity, and will produce products our customers/consumers want as fast as we can," he said in an email.

I can absolutely and unequivocally say there is no shortage," said Robb MacKie, the president and CEO of the American Bakers Association, whose members include packaging companies as well as makers of flour and yeast. "What we have is a demand issue." MacKie predicts that might ebb in the next few weeks as suppliers ramp up production, stores restock items and shoppers stop buying in bulk. "I don't mean to sound flip, but at some point, you run out of room," he said.

In the meantime, some who haven't been able to get their hands on yeast have turned to baking with a sourdough starter, a process that involves a couple things people have more of these days: time and attention (there's only so much cable news you can watch after all). Emily Hoven, a graduate student at the University of Alberta in Canada, last Sunday started a thread on Twitter to walk people through the process of creating their own, captioning it "HOW TO MAKE SOURDOUGH AT THE END OF THE WORLD."

Hoven, who has been writing her dissertation on sourdough and times of crisis (she initially intended it to be about the climate crisis), expected a few friends to follow along, but was surprised at the interest from people she'd never met. She figures that people have more time on their hands, and that the practice is appealing because it involves no special equipment, just flour and water.

But she also thinks people are feeling particularly drawn to the sense of community that baking bread offers, even when you're alone in the kitchen - and not just in the form of the online communities that share bread-baking tips and encouragement. "We're all so isolated now, but working with sourdough is an inherently collaborative practice," she said. "You have the yeast and all the bacteria that are making the bread with you."

For sourdough aficionados, the starters themselves - jars or plastic tubs of bubbling dough - become almost like friends, or at least a pet. Many people name theirs (Hoven dubbed hers Eve Bredgewick, after the noted queer theorist Eve Sedgwick), and feed them at the same time every day, like you might a dog or cat.

York said baking bread has given her 12-year-old son, whose school has been canceled, an activity that she feels good about. He had to measure ingredients, she notes, and see a project through. She said he picked a recipe out himself, for a cinnamon swirl bread that he made into French toast for the family.

Cooking and baking as a way of dealing with anxiety is well-documented. People find the mindfulness it requires soothing, and the orderly tasks needed to produce a dish can offer a sense of control and satisfaction. Stress-baking in the age of the coronavirus can be a healthy thing, said Michelle Riba, a professor of psychiatry at the University of Michigan in Ann Arbor. Riba said she's advising patients, particularly those who are health-care providers or caregivers, to build rituals into their days that bring them pleasure and grounding. "Right now, we're t hinking about things that are very basic," she said. "Bread-making is a pretty basic act over the centuries - it's a very earthy kind of thing."

Riba notes that not only are we feeling more anxiety thanks to the coronavirus and the economic fallout, but that so many of the ways we typically deal with stress aren't available to us. Gyms are closed, there's no booking an appointment for a manicure, and in-store retail-therapy shopping feels dangerous. Baking bread is relatively inexpensive, and healthier than other coping mechanisms, such as drinking, she notes. Plus, the end result is better than a hangover: "There's a pretty good payoff."