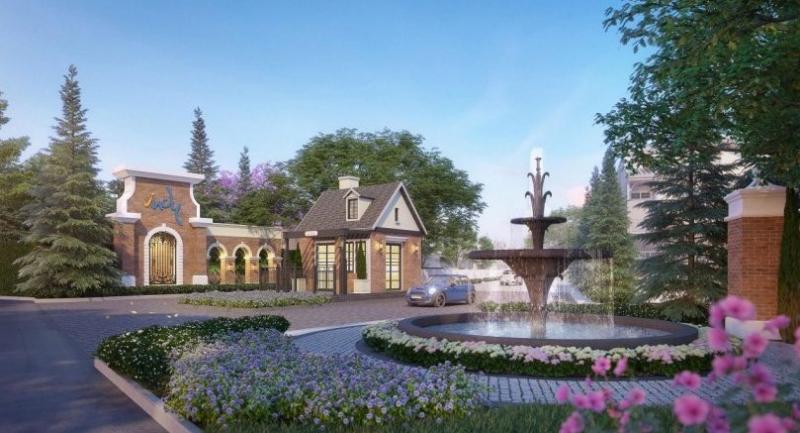 Listed property companies plan to invest more than Bt100 billion in land purchases this year for the development of condominiums and low-rise residential projects in Bangkok and the provinces.

Planning for more than Bt300 billion worth of condo, single-detached homes and townhouse projects are being finalised, despite expectations of slower economic growth and the negative impacts from a new Bank of Thailand measure and a rise in interฌest rates.

A recent survey by The Nation found that most listed property firms are continuing to expand their investments in land acquisition for residential development, especially in Bangkok and the provinces withฌin the Eastern Economic Corridor, including Rayong and Chon Buri. All firms surveyed expect to boost sales and to maintain double-digit growth this year.

“We have continued to expand our investment, purchasing land worth up to Bt2 billion, down from Bt4 billion last year,” said Chainid Adhyanaskul, chief executive officer of Property Perfect Plc. “We need undeveloped land for 20 residential projects worth Bt38.4 billion, and expect our group presales to achieve Bt21.6 billion by year-end.”

The company remains confident that real demand in the market will ensure strong growth, especially the demand for housing projects, he said. That optimism prevails despite his awareness of the negative factors this year, including the Bank of Thailand’s new measure to increase loan values for second and third home, which will reduce the demand to buy residential from investors and speculators. Others include higher interest rate, and lower demand for residential property from foreign investors.

“Market growth may decline by up to 10 per cent from last year,” said Chainid. “However that drop will be in the condominium sector, while housing demand for single-detached houses and townhouses will continue to expand. We expect growth of up to 10 per cent in the segment. This is the reason that we have continued to expand our investment.”

He added that growth in demand for residential projects from foreign buyers has continued, though Chinese investors have reduced their overseas property investment due to the US-China trade war. The Chinese government’s latest measure limits capital outflow to no more than US$50,000 (Bt1.652 million) per person.

However, foreign buyers and investors from others countries including Hong Kong, Singapore, and Japan have continued their investments in Thailand’s property market, he says.

“Although the strong baht has caused a 45 per cent rise in the prices of residential properties in Thailand, it remains lower than in other Asian countries such as Japan, Hong Kong and Singapore.

Besides, Thailand is the gateway for business expansion in Asean,” Chainid said.

“This year, we may face more negative factors impacting the market. However, the country’s economy could still expand by three to four per cent, helping drive demand for residential projects, especially at locations close to the mass-transit system,” Pratheep said.

“Although the industry faces negative impacts this year, we remain optimistic on the demand for condominium projects located close to the mass transit systems,” he said.

Eight of Ananda’s 10 planned launches this year will be condos close to commuter rail routes.

“When the government invests in infrastructure projects, it opens up new locations and markets for our business expansion,” said Chanond.

“People will move their residence to live close to a mass-transit route because it is easy for them to get around. This is our business strategy – to launch our new condominium projects at locations close to the mass transit systems,” Chanond said.

Development requires cement, and Siam Cement Group’s president and chief executive officer, Roongrote Rangsiyopash, sees a bump of up to five per cent in cement demand coming this year compared to 2018.

The drivers of that growth include infrastructure development spearฌheaded by government investment, and from private-sector development of residential and commercial projects.

“We see a five-per cent growth in demand for cement this year, the same rate as last year when compared to 2017, following continued expansion of investments by both the government and private sector,” Roongrote said.