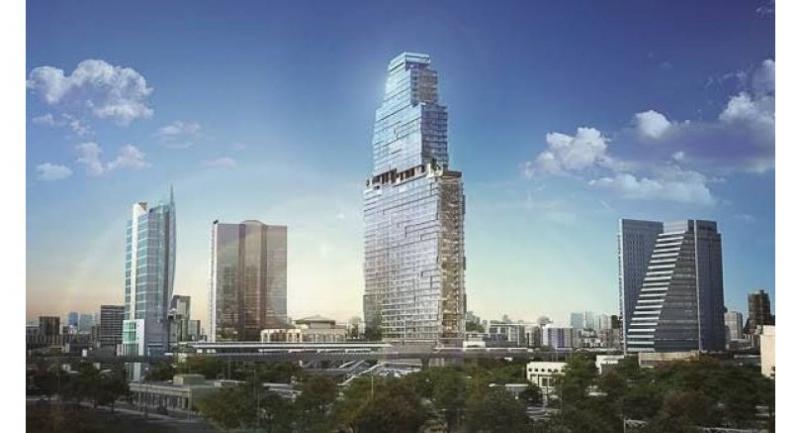 TO BOOST second-quarter sales, property firms are launching promotion campaigns to resell residential units that could not be transferred to buyers refused bank loans after the Bank of Thailand (BOT)’s loan-to-value or LTV rule went into effect on April 1.

A survey by The Nation last week found a number of property firms preparing promotion campaigns in response to the inability to transfer residential units.

Land and Houses Plc, for example, has announced the resale, after some customers chose not to transfer units when faced rejection of their loan applications from commercial banks. Units in five projects are involved – The Bangkok Sathorn, The Room Charoenkrung 30, The Room Sukhumvit 69, The Room Sathorn-St Louis and The Key Sathorn-Charoenraj.

All units are ready for occupation and the company has opened them for viewing from now till May 10, with booking open on May 11.

LPN Development Plc has also launched its latest campaign, allowing free access to common areas for up to 10 years for customers who buy into its two resort condominium projects, including Lumpini Seaview Cha Am, as well as a discount price of up to 30 per cent for Lumpini Park Beach Jomtien. Unit prices start at Bt1.24 million. Some units for sale under that campaign came free when customers refused to transfer them after their banks rejected their loan applications. The campaign runs from now till the end of this June.

Following the market trend, Government Housing Bank reports that new mortgage loans for April 2019 were recorded at only Bt9 billion, far below the expected Bt15 billion in approvals for the month. This is also lower than the first three months of this year.

The drop is caused by the BOT’s measure requiring an increase in down payment and a reduced loan-to-value ratio starting April 1, the bank’s president, Chatchai Sirilai, said recently.

He added that the latest measure to increase the tax refund based on the mortgage interest rate to Bt200,000 did not boost the property market.

“Most people who buy residences at a price not over Bt2 million per unit still have an income below the level at which they have to pay tax,” he said.

Meanwhile, the Real Estate Information Centre (REIC) of Government Housing Bank shows the inventory of condo units around the five mass transit routes has reached 14,790 units, worth up to Bt51 billion. (For details see graphic.)

It will take time to sell most of them – about 25-50 months depending on the location. Taking into consideration the increase in the number of resale condominium units in the second quarter, it is clear that the inventory of condos in the market will continue to rise and that it will take longer for them to sell.

This will also impact the property market, including new condominium launches through the rest of this year, as the inventory and resale units will be offered at a lower price than the new condo units. Then there are the costs of holding the inventory and the reduced profits from the discounted resale units, according to the REIC research.

Furthermore, second-quarter residential unit transfers for Bangkok and suburbs will reach only 71,000 units, worth Bt170 billion, the research forecasts. That’s below the other quarters when traditionally the demand slows.

Meanwhile, the first quarter of this year recorded 80,000 units worth Bt204 billion for Bangkok and the suburbs, as most homebuyers speeded up their transfers to beat the LTV measure, according to the research.

Don Nakornthab, BOT’s senior director for the economic and policy department, said the bank has forecast that market sentiment will change when the LTV measures cause a number of speculators to reject transferring their residential units. And that would mean the measures had protected the property market from speculators.

“We will monitor our measures to see their effects, which will reduce speculators in the market,” he said.