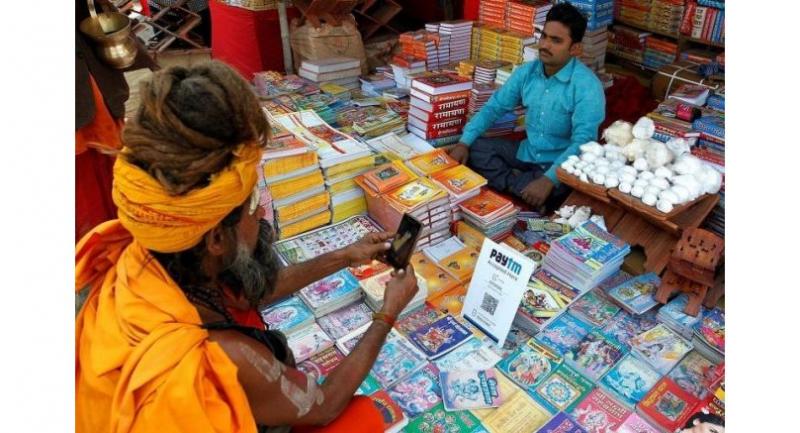 NEW DELHI - India's pushing for e-payments but low info-tech penetration and poor connectivity are challenges. This story is part of a series of stories on cashless payment systems in the region.

Vendors helped to play a significant role in facilitating this mindset change in a country where cash has traditionally been king.

Seeing how their customers did not have enough cash to pay for groceries or even a cup of tea, many vendors switched to mobile-based payment applications.

The private sector was quick to capitalise on the opportunity, with players such as SoftBank-backed Paytm, Mobikwik and FreeCharge launching mobile wallet apps that have attracted a large user base through the promise of rewards and cashback on transactions. Recently, Internet retail giant Amazon joined the bandwagon with the launch of its own wallet app.

The government also responded to the demand for an easier way to transfer funds by floating its own platforms, such as the National Electronic Funds Transfer mechanism, the Bharat Interface for Money and the Unified Payments Interface. It has also rolled out online wallet apps.

Seeking to boost the attractiveness of its own digital payment offerings, the government has also considered higher payouts to users if digital transactions are adopted.

India exhibits strong potential for digital payments and has been categorised as a “breakout” nation in the Digital Evolution Index 2017 released by the Fletcher School at Tufts University and Mastercard.

But there are concerns that the ease of payment will fuel a spending spree by many of India’s less financially literate people, resulting in less liquidity as well as less savings for future generations.

There are also concerns over whether India is prepared for digital transactions, due to low information and communications technology penetration, with poor connectivity impeding cashless payment in large swathes of the country.