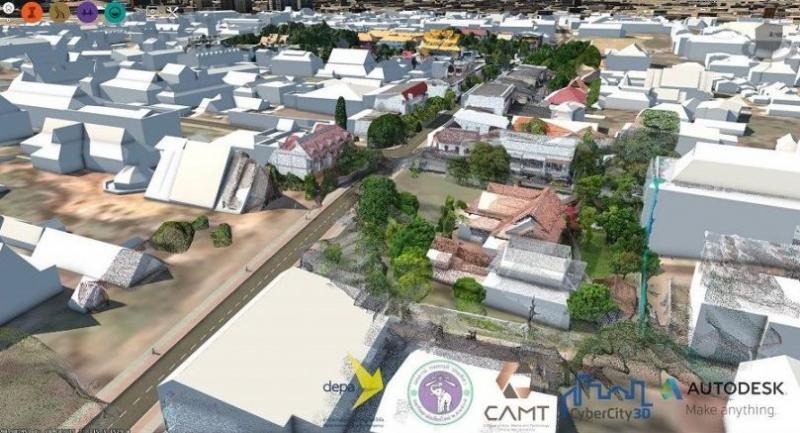 They were given the tour while attending the Digital Thailand Big Bang event.

Shown for the first time, the realistic 3D Smart City Model for Chiang Mai was created by 3D design software leader Autodesk, with the support of the Digital Economy Promotion Agency (DEPA).

DEPA announced in February that it would embark on a Bt36.5-million smart city project to develop Chiang Mai as an innovation-driven destination.

The launch of the 3D Smart City Model for Chiang Mai is a milestone on the way towards achieving Thailand’s goals.

This is the second Smart City Model Autodesk has created with support from DEPA. The first was the Phuket model unveiled earlier this year.

Multiple levels of information – including building, social, environmental, government, economic data – from sources like sensors, real-time traffic information and social forums can also be captured and populated in the model and accessed by managers, governments and citizens using tablets, apps and dashboards.