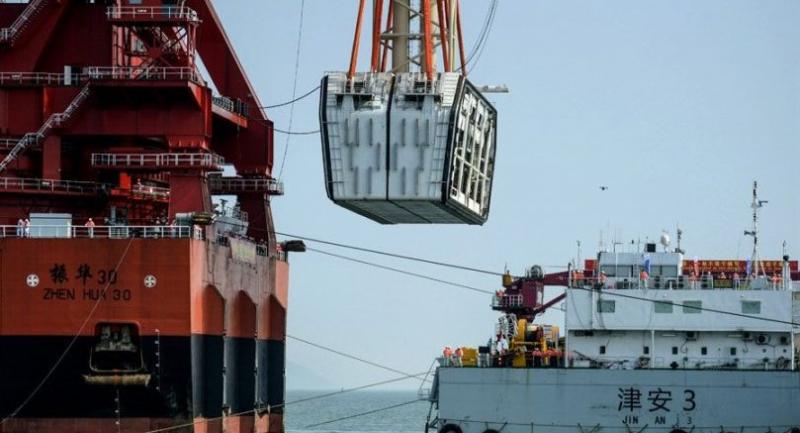 BEIJING – China has made significant strides in port transportation by using self-driving trucks to transport containers at Zhuhai Port in Guangdong province.

China has made significant strides in port transportation by using self-driving trucks to transport containers at Zhuhai Port in Guangdong province from Tuesday as part of its efforts to realize an unmanned smart port system in the future.

The domestically-made truck looks like a normal one but does not need any drivers. It is used to move containers between the stocking area and the container gantry crane at a standard speed of about 30 kilometres per hour.

Based on artificial intelligence technology developed by Shanghai-based startup Westwell Lab, the 18-metre-long vehicle can automatically navigate, calculate the best route, avoid barriers and deal with an emergency by slowing down, braking or taking a detour.

Tan Limin, CEO of Westwell, said the self-driving truck is “nearly 100 per cent safe”. Guided by the Beidou Navigation Satellite System, sensors and radars, it can reach an accuracy level of within two centimetres.

He said the self-driving technology for port transportation is more difficult than that for passenger vehicles as some roads in the container stocking area are almost the same width as that of a truck. This makes navigation difficult, even for experienced drivers.

Transport advances are necessary at ports as container throughput at China’s ports has risen in recent years, putting immense strain on existing transport resources and drivers, he said.

A medium-sized port with a throughput capacity of 2 million 20 foot equivalent units needs about 200 container trucks and four drivers for each truck. The annual pay for each driver is about 60,000 yuan ($9,372) to 120,000 yuan.

Many cities in China, such as Qingdao in Shandong province and Tianjin, are competing to build smart ports. Traditional automatic ports need to modify many facilities, such as road resurfacing and inserting transponder for vehicle navigation, but Tan believes their smart port solutions are much easier and cheaper to apply.

In addition, he added, driverless trucks are four to five times cheaper than automatic guided vehicles.

Ou Huisheng, chairman of Zhuhai Port Group, estimated that by using dozens of self-driving trucks, it would be able to save labor costs equivalent to hundreds of employees.

He said Zhuhai Port will expand its cooperation with Westwell to build a completely intelligent port in the future.

Despite the launch of the self-driving trucks, a “safety supervisor” is still needed when the vehicle is in operation.