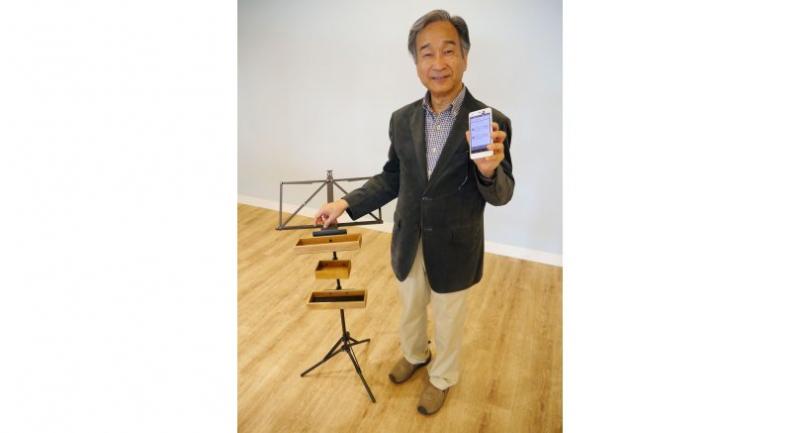 TOKYO - Elderly people are using the flea-market app Mercari as a way to be acknowledged and interact with others, Mercari Inc. found in a recent online survey. The company plans to hold a series of events nationwide this month to increase the number of elderly people using the app.

Mercari started the service in 2013, providing users with a platform to sell and buy secondhand items such as clothing, furniture and books with their smartphones. The service has been popular mainly with younger generations, but the company found that more and more elderly people have been using the app in the past couple of years. The number of items sold for such reasons as planning for senior life and “pre-death clearouts” — activities that have become popular among the elderly — more than doubled in 2018 from 2017, according to the company.

Haruo Gomi, a 70-year-old retired company worker and long-time clarinet player in Tokyo, started using the app two years ago when he sold a handmade cage liner for ¥800, which he had originally made for his pet hedgehog. To his surprise, it sold quickly. “I hadn’t imagined that people actually paid for such things,” said Gomi, who then became fascinated with the app. He has sold more than 150 items, including musical instruments he had stopped using.

Recently, he has been absorbed in modifying a commercialized music stand to make it lighter and easier to carry and selling it through the app. “Nothing satisfies me more than people’s acknowledgment that the things I have made are good and helpful,” Gomi said. “I’ve always been keen on making things with my hands since childhood, and I want to get into it again for the remainder of my life. Mercari motivates me and connects me to information and new people.”

For Takiko Mouri, a 64-year-old homemaker in Nagoya, Mercari is a tool for interacting with people both online and offline. She mainly sells handmade accessories called tsumami-zaiku, a traditional Japanese craftwork made of small pieces of textile. “I check my smartphone every morning after I wake up and I’m very glad when the accessory has sold,” she said. People can exchange messages through the app before and after the purchase. The exchanges sometimes become lengthy for Mouri because she answers every question from potential buyers even when it is unrelated. “I like to answer all the inquiries, to the extent that my knowledge permits. Sometimes my attitude makes people inclined to buy my accessories after a month-long communication,” she said. Mouri also made friends with a clerk at her nearby post office after frequently speaking to the person when mailing her products to customers.

The company plans to hold an exchange event for heavy users in their 60s and above in Osaka on Tuesday, followed by an introductory seminar for elderly people in Fukuoka later this month.