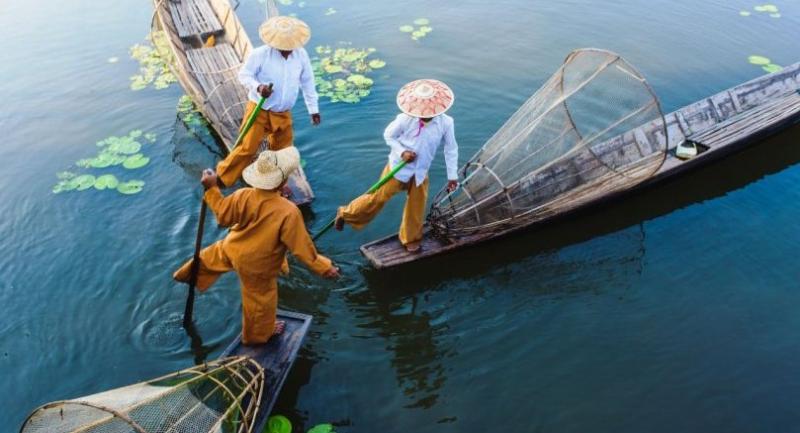 DESPITE the current decline in tourists coming from Europe and the Americas due to international media coverage of conflicts in Rakhine state, Myanmar remains confident it can attract foreign visitors in the months to come, according to officials and industry leaders.

The nation will promote its natural attractions and traditions to raise tourists’ interest, May Myat Mon Win, chairwoman of Myanmar Tourism Marketing (MTM), said in an exclusive interview with The Nation.

“We have a lot of unexplored attractions across the country. This does not mean that we are not yet ready [for a tourism boom]. With authenticity and commitment, everything is possible,” she said.

According to her, it is now time to take another step in the “Myanmar, be enchanted” rebranding campaign launched in late 2018. From this year onwards, Myanmar will mainly focus on tourism marketing by participating in international travel shows, maintaining its current attractions and creating new destinations.

As part of MTM’s efforts to promote Myanmar’s tourism, it will have a booth at the ITB Berlin, the world’s largest tourism trade fair to be held in Germany next month.

The presence at such an international event would pave a way for promoting Myanmar’s tourism on the international stage, said the executive.

“We are now trying to improve our image. In the meanwhile, we are also targeting new markets. So, we need to raise visitors’ awareness about Myanmar. In this respect, promotion matters,” she said.

Myanmar has adopted a “Look East” policy to attract visitors from Asia and develop its tourism sector. Yet, May Myat Mon Win insists Myanmar remains optimistic about increasing tourism visitors from the West.

“Definitely we look to the East but will also maintain the West on our radar. We are willing to grow simultaneously but need to be realistic in some cases,” she said.

Last year, Myanmar received far fewer Western visitors than in 2017. The number of European tourists dropped by 25 per cent, those from the Middle East were down 26 per cent, and Australians also declined by 19 per cent. American tourists were down 13 per cent, according to the statistics.

Yet, Myanmar enjoyed 37 per cent growth in Chinese tourists’ arrivals and 9 per cent growth from Thailand, as well as a rise in Indian visits last year compared to 2017.

“This year, we hope to receive more tourists from both Asia and the West. At this point, the most important thing is to ensure more people know about Myanmar and we are striving for that,” she said.

She stressed the importance of key destinations – Yangon, Bagan, Mandalay, and Inle Lake, which she described as the “big four”. Additionally, the organisation focuses on helping build awareness of new destinations such as Hpaan, Loikaw, Chin State, Myeik Archipelago and Mogok, to name a few.

“Another move is to expand direct air links to our attractions. We are also trying for that, and hope to see more direct flights to major destinations in the months to come,” she said.

May Myat Mon Win repeatedly stressed the need for a national tourism marketing strategy that aligns with international standards.

“It should be properly designed for practical approaches to raise the bar. It needs to be realistic and practical,” she said.

“We need to strike a balance between demand and capacity. This means we need to ensure all our destinations are not squeezed by over-capacity in the market,” he said.

He suggested investing in infrastructure and capacity building to unlock Myanmar’s tourism potential.

“We need to ensure our readiness before we open the doors. We should have effective strategies to lure luxury tourists in place, and this is another important area we are focused on,” he said.

He lauded the government’s reforms, including approval of visa-free travel for Japanese and Korean tourists, and issuing visa-on-arrival for Chinese visitors. UMTA has urged the tourism ministry to also allow visa-free travels for visitors from some European countries.

“The ministry is now taking it into serious consideration. Later this year, they may allow some Western countries to visit Myanmar without the need to apply for a visa,” he said.

He warned of “zero-dollar tours” by Chinese tour companies. In order to ensure sustainability of locals engaged in Myanmar’s tourism industry, the government needs to set proper mechanisms to ensure that locals benefit from every single tour.

He considers a surge in Chinese tourists as a plus for tourism development in Myanmar. And he foresees a substantial increase in Korean tourists in the coming months.

Aung Aye Han, deputy director-general at the Ministry of Hotels and Tourism, agrees. “Following the visa waiver, Japan and Korea are among the most promising countries driving our tourism revenue. We are now reviewing our next steps. You are sure to see another visa waiver for more countries in Asia and the West in the first half of 2019,” he said.

The official said decentralisation of tourism permits to state and regional governments would drive more investments in the industry. He also highlighted the importance of traditional festivals and Inle Lake in attracting tourists.

“We aim to tap some traditional festivals to attract foreign visitors, particularly in the low season,” he said. “Another important move is the conservation of the Inle Lake eco-system. We take the lake’s sustainability seriously, and participate in conservation work in cooperation with environmental experts and international organisations.”