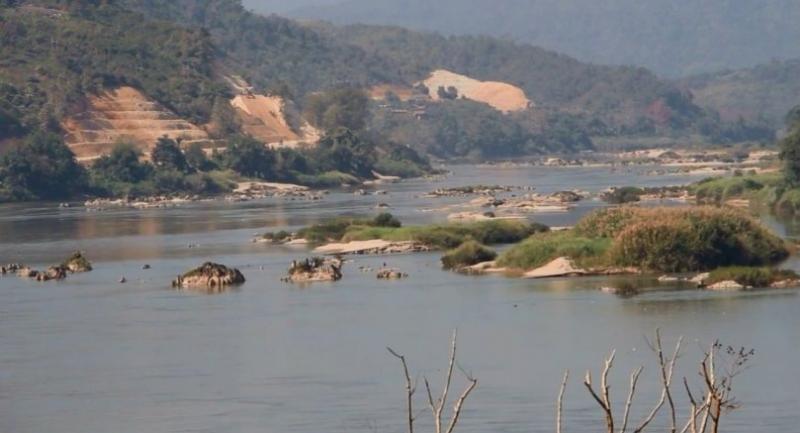 Prime Minister Prayut Chan-o-cha may have been wrong when he said his government would clear the waterway for navigation in the Mekong River for the benefit of Thailand, suggesting that nobody should oppose this project.

The Mekong runs through six countries in the region and it is not right that one or two be allowed to make a short-sighted decision on what to do with the river. It still remains unclear about who will really benefit from what Prayut is talking about.

China uses the Mekong more than other countries in the basin, and the river also runs through several parts of Laos. Therefore, it is not really up to Thailand to make decisions about the river.

It is widely known that China opened the waterway in the Mekong River to countries downstream more than two decades ago. Thailand’s Chiang Saen and Chiang Khong ports have been kept busy with vessels from China. Thailand, of course, does ship to China via the Mekong, but China uses the waterway more. China has been clearing the Golden Triangle stretch for more than 10 years, making navigation safe and convenient from Simao port in Yunnan province to Thailand. Vessels below 50 tonnes can now travel down the Mekong without any hindrance as all rocks and islands in the river have been moved.

However, this is not enough for China to achieve its goal of allowing bigger vessels to travel down the river to at least Luang Prabang in Laos. In order to do that, China will have to clear more stretches of the river from Laos’ Huay Xay to Luang Prabang. The river has banks in both Thailand and Laos in some parts.

There are many rapids and dangerous areas in this portion of the river, and many boats have reportedly perished in this area.

Though navigation in the river needs to be safe, clearing this portion for convenient and safe navigation would be a huge challenge.

Local residents and conservationists are urging the government to review its decision, as blasting rocks and islands to clear the waterway would affect livelihoods and the environment.

Countries in the upper Mekong, namely China, Myanmar, Thailand and Laos, sat down to discuss the matter and ended up with a Development Plan for International Navigation on the Lancang-Mekong River (2015-2025).

The Mekong, half of which runs through the mainland, is called Langcang in China. Made known to the public a year ago, the plan, regulated by a Joint Committee on Coordination of Commercial Navigation (JCCCN) comprising representatives from the four countries, includes the clearing of the Mekong River for navigation.

There is already an international regulating body, known as the Mekong River Commission (MRC) that was formed under the 1995 Mekong Agreement, except it only covers the lower portion of the river, which runs through Laos, Thailand, Cambodia and Vietnam.

“However, if rocks are blasted in the river in MRC member countries – Thailand and Laos in this case, it should be subject to notifications,” Pham Tuan Phan, CEO of the MRC Secretariat, said.

“Notification” is the procedure by which MRC countries inform each other when they utilise the river and the water. Phan said the MRC had made a substantial effort in developing a so-called Navigation Master Plan. The development has carefully considered agreements on Mekong, including the Plan for International Navigation on the Lancang-Mekong, to avoid conflicts in technical standards and requirements, he said.

“The MRC aims to keep all stakeholders and its member countries informed. We also hope to get informed about activities under the JCCCN,” Phan said in an e-mail reply to The Nation.

The JCCCN needs to do more not just with the MRC but also with others stakeholders such as civic groups and local residents in the basin. Riparian governments should be more open to public opinion about whether the project will have economic benefits and less impact on the environment.