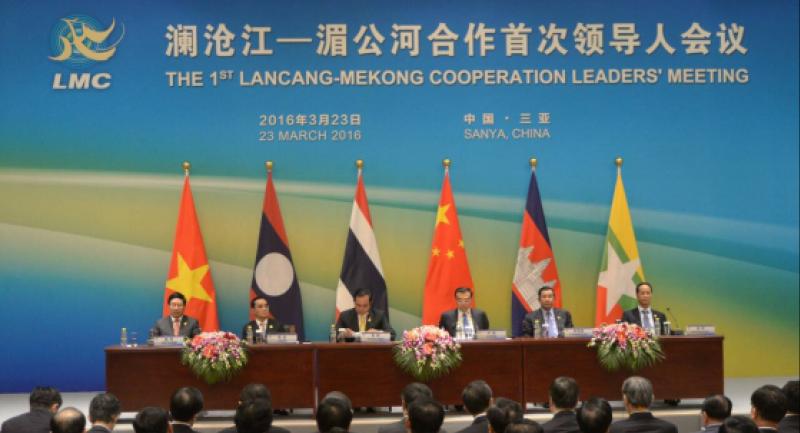 In March, China hosts the 1st Lancang-Mekong Cooperation Leaders' Meeting, where high authorities from six countries in the Greater Mekong Subregion discuss regional for sustainable development of the area

COUNTRIES in the Mekong basin are now facing a challenge to deal with the elephant in the room as one member has increasing influence over the others, international political observers told The Nation.

The competition between superpower China and the United States has also created trouble for the countries in the region.

The region, better known as Greater Mekong Subregion (GMS), comprises six countries: China, Myanmar, Laos, Thailand, Cambodia and Vietnam. Among them, China has become more wealthy and powerful over recent years while many of the others have had internal problems, and increasingly are being drawn into China’s orbit.

Countries like Thailand and Myanmar have been trapped in political instability, while Laos and Cambodia remain poor. All four heavily rely on China in terms of trade, investment and development assistance. Vietnam’s economy is expanding but it faces trouble with neighbouring China over territorial disputes in the South China Sea.

At a recent meeting of the Konrad Adenauer Stiftung (KAS) political foundation, including alumni from all of the Mekong countries except Laos, discussions focused on each country’s current political and economic challenges, including burdens that prevent healthy partnerships.

A lack of trust among the countries was identified as a key obstacle that impeded relations and led to “fragile regional security”, analysts said. Trust has been eroded for centuries because of their “crafted” historic disputes.

Each country has written history in favour of itself. In Thailand, the national history officially taught in schools has told students that the Kingdom has always been attacked by its neighbours, most notably Myanmar. Similarly, rival countries also have the same bias including historical stories that establish competing claims over boundaries, resulting in never-ending land disputes, such as that of Thailand and Cambodia. The biased narratives have planted seeds of hatred in the minds of the students of each country.

“We have learned a distorted history which unfortunately brings us to a position where we lose faith in one another,” Nguyen Hoang Son, a Vietnamese business reporter, told The Nation during a discussion about building trust among GMS developing countries.

“Such a hostile sentiment among the population ultimately mars greater cooperation because we are sceptical of one another and not willing to coordinate on the greater strategic partnerships,” said Long Kimkhorn, president of the Khmer Youth Congress.

With sceptical viewpoints and weak strategic partnerships, countries have seen widening economic gaps in the region. Vietnam and Thailand are widely perceived as relatively bigger economies.

The disparity is regarded as a factor that has allowed the rise of China. According to Thomas Awe and Tim Wenniges, authors of the report titled “Rise and Fall of Regional Powers”, the ongoing ambitions of China emphasised Beijing’s soaring influence over the five states in the Mekong.

Beijing takes a “dominant role” in forming alliances with countries to help it in multilateral negotiations, according to a political analyst who preferred to remain anonymous.

Beijing’s influence ranges from political, military and economic dominance over the region, which is likely to bring countries into “certain dependencies” on China, according to another political observer who also spoke on condition of anonymity.

The competing influences of the world’s two powers – the newly rising China, and Western powers including the US, which have for decades pushed democracy-oriented political values into their foreign policies and engaged in regional cooperation – have pushed Southeast Asia into an unprecedented position.

One of the key solutions to this challenge, suggested by several political observers, would be to strengthen the Asean Community and enhance integration for the mutual benefit of all member nations, which could use a strong partnership to boost their domestic capabilities, the participants said.