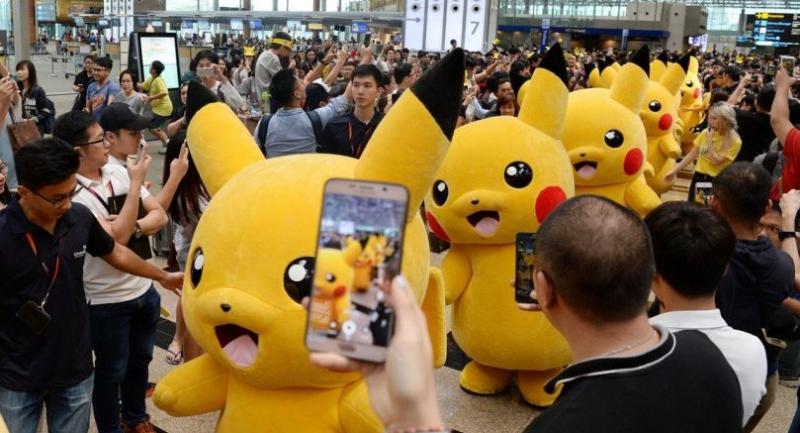 By Christine Chou
The China Post/ANN

The event began in Taiwan on Friday at 4:00 a.m., allowing trainers to find a greater variety of Pokemon from 2-kilometer Eggs and earn more Candy for every Pokemon hatched from an Egg.

"Your Egg-venture doesn’t stop there," said the San Francisco-based app developer. Players will also level up faster and gain double XP for every action they take, while Eggs will also be 50 per cent off in the in-game shop — this means players can earn a whopping four times the XP they normally would when using a Lucky Egg.

The Easter event is expected to be a moneymaker for Niantic, as it encourages players to make extra purchases of lucky eggs. Though Pokemon GO may not be the powerhouse it once was, it still boasts a massive userbase.

"We owe the continued momentum and recognition to the dedicated players exploring the world and creating adventures together in Pokemon Go," Niantic said in a blog post. "Each and every award Pokemon Go has won is a testament to the game's awesome and supportive community."

The game developer also hinted that many more updates are on the way.

"With spring arriving in the northern hemisphere, players can look forward to all new cooperative social gameplay experiences in Pokemon GO that will give Trainers new and exciting reasons to get back into the sunshine."

The free-to-play augmented reality game "Pokemon Go," which allows players to catch virtual monsters, was launched on July 6 last year and arrived in Taiwan on August 6. The game lets players use a smartphone's GPS function to locate and capture over 100 virtual monsters, which may appear on streets, in parks and even in government buildings.