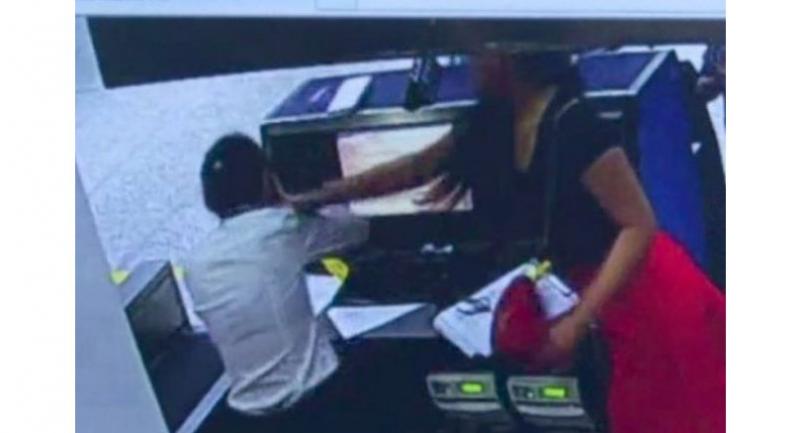 Beijing - A woman passenger has been placed in detention for 10 days and blacklisted by Air France after she slapped a member of staff at an airport in central China, Chinese media.

The woman lost her temper after she was told by ground staff that check-in for her flight from Wuhan to Paris had closed fourteen minutes earlier on Thursday morning, the Wuhan Evening News reported.

Staff advised her to alter or refund her tickets, but the woman refused saying she was about to go abroad to take part in an important conference.

She then rushed to the staff working area and slapped a member of staff twice after negotiations failed, the report said.

Police were called and arrested the woman, whose real name was not given in the article. She has now been blacklisted from taking flights on Air France, The Beijing News reported.

The woman, a 36-year-old doctoral student from a prestigious university in Wuhan, was with her husband and child when the incident occurred.

Internet users in China strongly criticised her actions and said harsher punishments should have been enforced.

“Domestic flight companies should also blacklist the woman ... and all flights should refuse to take this kind of passenger,” one person wrote.

Another said: “So barbarous and wayward. Did she major in kick-boxing for a doctoral degree?”