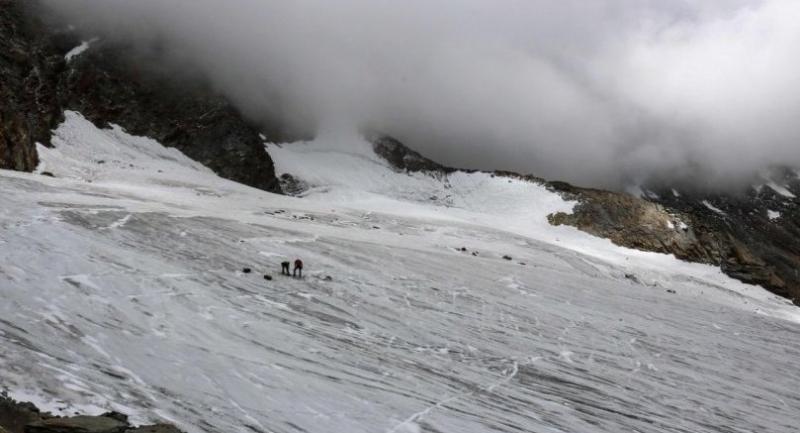 This handout picture released on August 2, 2017 by the Swiss Police of Canton Valais shows the Hohlaub Glacier (Hohlaubgletscher) in the Canton of Valais where the remains of a German backpacker, who died 30 years ago while climbing the Swiss Alps.

GENEVA - The remains of a German hiker who disappeared while climbing in the Swiss Alps 30 years ago has been found embedded in a glacier, police said Wednesday.

The find was made on July 25 by two people climbing the Lagginhorn mountain, in southern Switzerland, police said in a statement.

A few hundred metres before reaching the peak, the hikers spotted "a hand and two shoes", area police said.

Extracting the remains that day was impossible because of poor weather, but rescue workers arrived by helicopter the following day, removed the remains from the ice and brought them to a hospital in the capital Bern for identification.

Test have confirmed the climber was a German national born in 1943 who disappeared on August 11, 1987.

The discovery came just two days after a Swiss couple who disappeared while walking in the Alps in 1942 were found in a receding glacier.