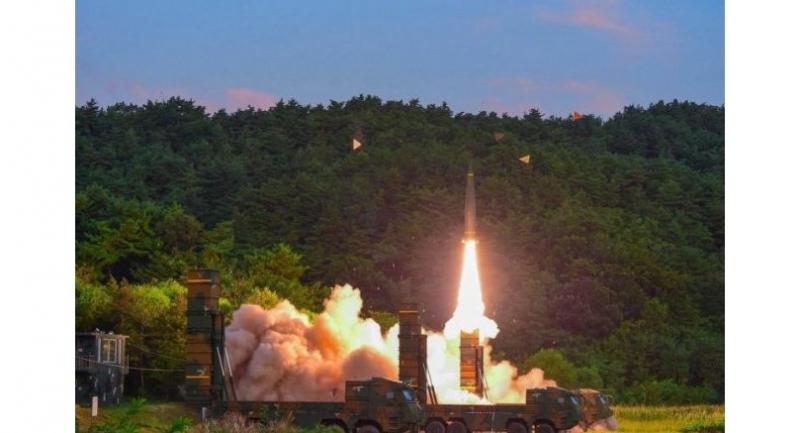 Seoul - South Korea has detected signs that the North is preparing another missile launch, the defence ministry said  on Monday (Sept 4), adding it could involve an intercontinental ballistic missile.

The ministry said signs that North Korea was “preparing for another ballistic missile launch have consistently been detected since Sunday’s test”, referring to Pyongyang’s sixth nuclear test.

It did not give details, or indicate when a launch might take place.

Pyongyang on Sunday triggered global alarm with by far its most powerful test to date, after it claimed it had successfully tested a hydrogen bomb that could be mounted onto a long-range missile, which analysts say is a major advancement in its nuclear programme.

“The explosive power of the North’s nuclear test is estimated to be 50 kilotons,” a senior ministry official told lawmakers at an emergency parliamentary briefing.

That would make it five times the size of the North’s previous test in September last year, and more than three times bigger than the US device that destroyed Hiroshima in 1945.

The official did not confirm whether the tested device was a hydrogen bomb but said “a variety of nuclear material” appeared to have been used.

The North – which in July carried out two intercontinental ballistic missile (ICBM) launches that apparently brought much of the US mainland into range – has rapidly made progress with its weapons programme in defiance of seven sets of UN sanctions.//AFP