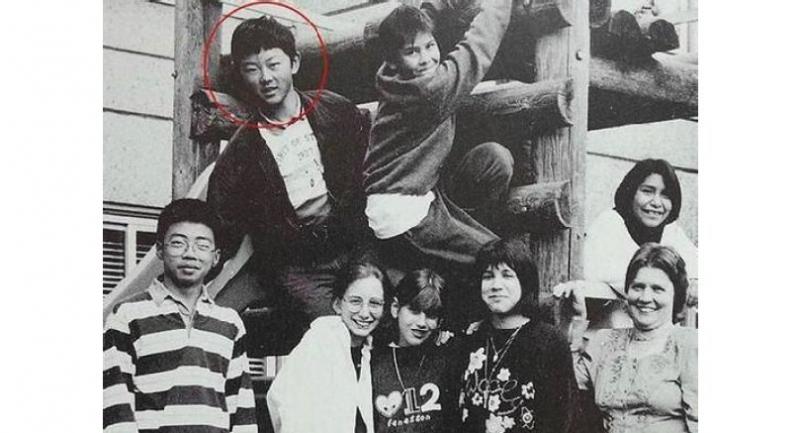 This picture shows a young Kim Jong-un at his school in Bern.//Yonhap

North Korean leader Kim Jong-un has already shown his hot temper through his teenage years in Switzerland, which is an important factor behind the North’s provocations, a North Korea expert said.

Nam, during his former job at the Institute for National Security Strategy, carried out extensive research on the North Korean leader.

Following Kim’s ascent around 2008, INSS dispatched special task forces to Osaka and Bern in order to track down the heir-to-be and find out what kind of a person he is.

Nam introduced an anecdote about the then 15-year-old Kim who was studying in Bern. “I was very shocked to find out how Kim swore at his girlfriend over the phone when she asked him to quit smoking,” he recalled. “This rough manner he displayed made me think things would get complicated once he becomes the ‘king’ of the nation.”

Nam claimed Kim’s uncontrollable temper has to do with the North’s recent provocations, warning that hostile acts will continue unless Kim is removed from his seat.