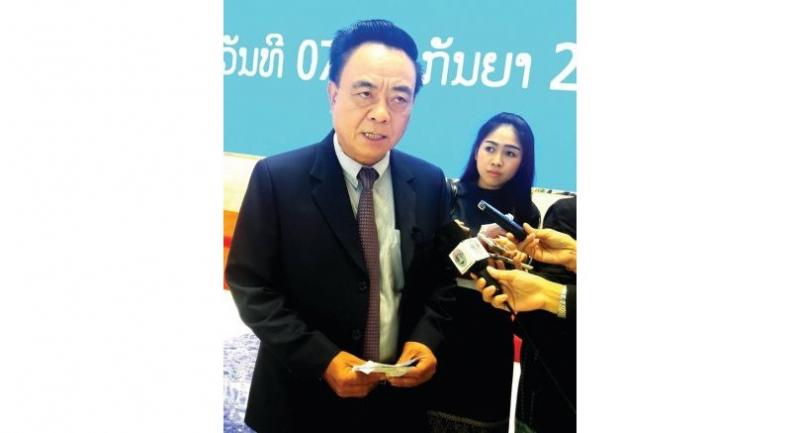 XIENG KHUANG, Laos - A Japanese company is in the process of amassing a dairy herd and building a huge milk processing plant in Xieng Khuang province as part of its Australian cattle husbandry project.

Provincial Governor Prof. Dr Somkot Mangnomek gave a progress report on the project yesterday when speaking to media on the sidelines of a meeting held between government cabinet members, the Vientiane mayor and provincial governors.

The governor said that all the equipment required for construction of the plant had been assembled in Xieng Khuang and it would take several months to build the factory.

“So far the company has invested US$17 million in the project and is breeding some 1,000 cattle which have given birth to over 100 calves,” Prof. Dr Somkot said.

Officials said some 300-400 calves were expected to arrive in Laos in the coming months.

The Lao-Japan Agro Development Company Limited will import 1,000 more pregnant cows from Australia in the near future.

Prof. Dr Somkot was optimistic that the project would generate revenue for Laos as well as provide job opportunities for local people.

“From now until 2030, the company will invest US$70 million in the project. The company has hired 200 workers and is paying the requisite taxes to the province,” the Governor said, adding that the plant would supply milk to Laos and to Vietnam.

Director of the Xieng Khuang provincial Department of Agriculture and Forestry, Mr Somsamone Phalichan, told Vientiane Times on Thursday that the cost of construction of the factory could be as high as US$14 million. Sufficient milking machines have been purchased so that 100 cows can be milked at one time.

Many tonnes of milk would be produced each day and 70 percent of the beef produced would be destined for export.

Xieng Khuang province is an ideal cattle production base but is still facing challenges. Much of the land still harbours UXO and there are limited roads to enable the transport of milk and beef.

The Lao-Japan Agro Development Company Limited is confident that Xieng Khuang province will be an ideal supply base for beef products for local consumption and for Asean markets as demand is on the rise year by year.

Anticipating future growth of the project, the company has asked the government for more land.

“Currently the cattle husbandry project is operating on an area of 500 hectares. However, they have asked for another 4,500 hectares,” Mr Somsamone said.

“The main challenge for us is finding large plots of land in one place as requested by the company. We have forwarded the matter to the government for resolution.”