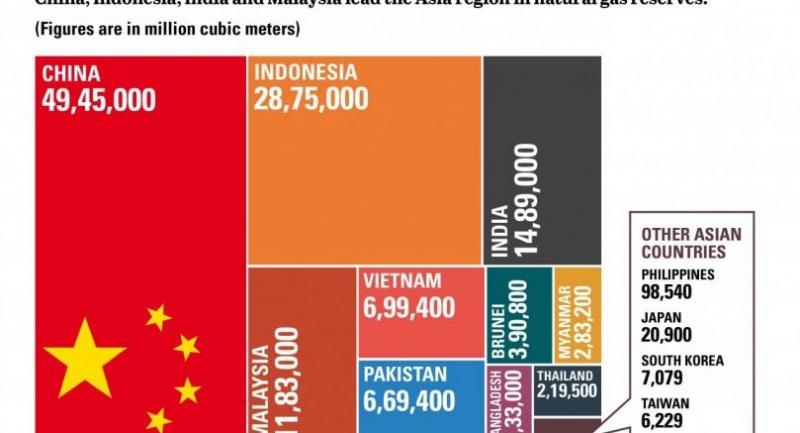 China tops the list of Asian countries with the maximum proven natural gas resources. The country has 49,45,000 million cubic metres of natural gas, surpassing other Asian countries by a huge margin and claiming the tenth spot globally.

Indonesia is also at the 13th spot globally when it comes to holding natural gas reserves, while India and Malaysia hold the 22nd and 23rd spot respectively.

Although the Philippines, Japan, South Korea and Taiwan also have natural gas reserves they are tiny in comparison with the other Asian countries.

Increased use of natural gas can prove useful in dropping the over reliance on coal, which is a leading contributor to air pollution. Natural gas emits much less carbon dioxide and air pollutants compared to coal. It is also useful in almost all sectors of the global economy.

To increase dependence on natural gas, Asian countries need to invest in gas infrastructure as well as liberalise gas markets.