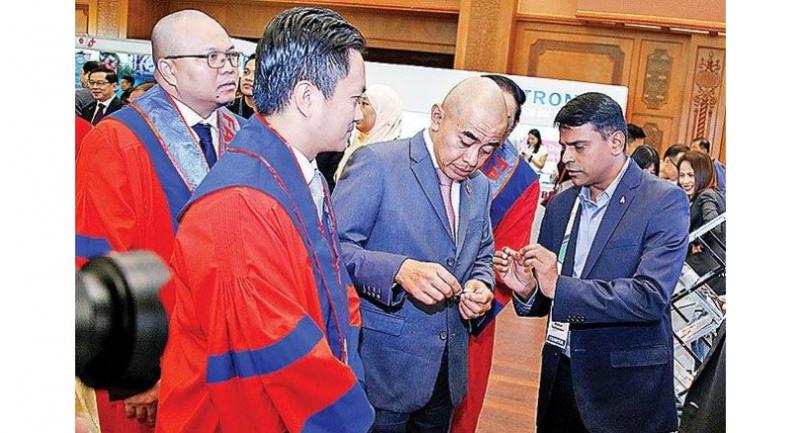 Cardiovascular disease remains among the leading causes of death in Brunei Darussalam, with over 400 fatalities recorded in 2016.

In addition, nearly 10 per cent of Bruneians aged 40-69 years have a more than 30 per cent chance of suffering from a heart attack or stroke within the next decade, along with an alarming tendency among young people to display symptoms of heart disease. These statistics were cited by Dato Seri Setia Dr Awang Haji Zulkarnain bin Haji Hanafi, the Minister of Health, in his address yesterday at the opening ceremony for the 22nd Asean Federation of Cardiology Congress (AFCC), being held in conjunction with the Brunei Cardiac Society Annual Scientific Meeting and Gleneagles JPMC Congress, at The Rizqun International Hotel. “If the worrying trend continues,” he said, “premature deaths from cardiovascular disease will not only severely impact our families and community, but also our economic development. No single intervention or drug will reverse the trend.

“Many studies have shown that the vast majority of patients who have undergone cardiac interventions do not make the necessary lifestyle changes to reduce cardiovascular risks. How then, can we drive the importance of secondary and tertiary prevention down to practitioners, that it is reflected in the patients’ behaviour?”

Since cardiac rehabilitation and behavioural modification are integral parts of the intervention, the minister said that he hoped to see these important topics being discussed during the congress.

He also mentioned that Brunei Darussalam had chaired the Asean Health Ministers Meeting and other related conferences last September, where the alarming levels of obesity across the region was high on the agenda.

He noted, “Sedentary lifestyles, unhealthy diets, lack of physical activity and smoking are all known preventable risk factors, which need urgent attention. The challenges in addressing these issues are not faced by only one single state alone, but concerns us all, and as such, our response to this challenge must be a collective one.”

With knowledge-sharing across national borders being one key tool towards addressing these concerns, the minister concluded his speech on the hope that the Asean Federation of Cardiology (AFC) and the Brunei Cardiac Society would play their respective roles in furthering the agenda towards a more healthy Asean.