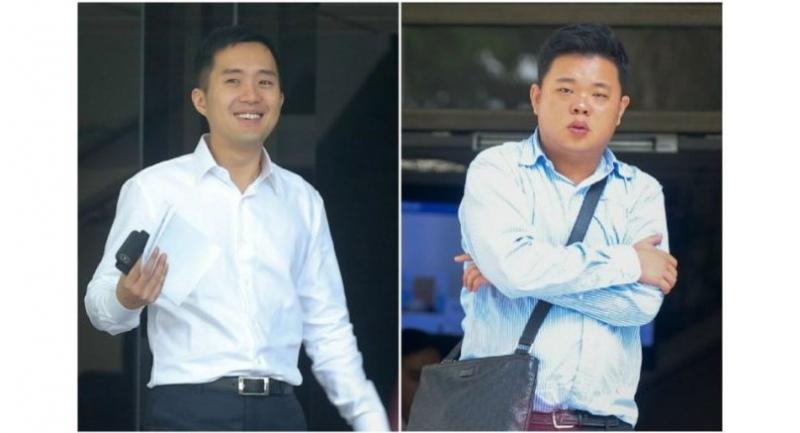 Singapore - Two men were charged on Tuesday (Dec 5) over their roles in providing unauthorised short-term stays to tenants.

This is the first use of new regulations against home sharing since they kicked in on May 15. Terence Tan En Wei, 35, and Yao Songliang, 34, face four charges each for renting out their private property to others for under six months. They are expected to plead guilty.

According to court documents, both men had allegedly worked together to rent out four units at D’Leedon condominium in Farrer Road to others for the short term without permission from the Urban Redevelopment Authority (URA).

According to the Council of Estate Agencies public register, the two men are property agents with Savills Residential.

Under the Planning Act, the new rules make it illegal for people to rent out, sublet or share their private homes with others for under six months.

Following a 2015 public consultation by the URA, the bar was lowered to under three months for private homes from June 30 this year. For HDB flats, the minimum stay is still six months.

However, both Tan and Yao allegedly committed the offences before the three-month bar set in, so the earlier six-month rule still applies to them.

Court documents did not say how long they intended to rent out the units for, and were also unclear as to whether they were owners, occupiers or acting as property agents for the units.

The amendment renders the provision of short-term stays in return for payment a form of development.

Under the Planning Act, those who carry out or allow the development of any home, without approval from the Government, are liable to be fined up to $200,000.

Repeat offenders face jail time of up to a year, on top of the $200,000 fine. Those convicted of the offence, but still continue to rent the unit out to others, can be fined up to $10,000 a day.

Owners of Housing Board flats are also liable to fines and getting their units repossessed.

URA prosecutor Douglas Neo said that as this was the first mention of the cases for the two men, more time was needed for prosecutors to prepare the cases.

The cases of Tan and Yao will be heard again next month. Both men were represented in court by Ms Wong Soo Chih of Ho Wong Law Practice.

URA is still considering a new class of private homes where short-term rentals are allowed. This means that the Airbnb model may still thrive here, though few details about this upcoming class of housing have emerged so far.

There are around 8,700 Singapore listings on Airbnb now, an increase from around 8,000 in February, before the changes kicked in.

Over the past year, the Singapore Airbnb community has hosted more than 330,000 travellers. There was a 40 per cent surge of guests arriving and using Airbnb in Singapore over the Formula 1 weekend in September.

PandaBed, another home-sharing platform, has around 300  listings too.

The URA received 608 complaints regarding short-term rentals last year, 61 per cent more than the 377 complaints in 2015.

National Development Minister Lawrence Wong has said the new law will allow the URA to “make sure that the issue does not worsen further”.

A URA spokesman said the law is meant to safeguard the living environment of neighbouring residents.

There were 985 cases of unauthorised short-term accommodation in private homes in 2015 and 2016, and about 750 from January to November this year. Most were in condominiums.

URA is typically informed of potential infringements either through feedback from neighbouring residents who have been affected by the unauthorised use or by the condominium’s managers, the spokesman added.

Not all cases end up in court – most offenders comply after they receive enforcement notices from URA. But recalcitrant offenders and those who blatantly disregard the regulations, even after URA action, face prosecution, said the spokesman.

A public consultation on the upcoming regulatory framework for short-term accommodation will be held when it is ready, but URA reminded private home owners to observe the three-month minimum stay duration rule for now.

In response to queries from The Straits Times, a spokesman for Airbnb said its model has helped Singapore’s economy, driving around $324 million of economic activity here in 2016.

She told The Straits Times that the company is helping locals earn supplementary income, with the average host earning $4,700 a year.

The spokesman said Airbnb wants to work with the Government to find a way to make home sharing to Singapore’s benefit.

HDB residents are also subject to stern penalties, such as fines and having their units repossessed if they let out their flats or bedrooms on a short-term basis.

All letting or subletting of HDB flats must also be approved by the Housing Board. Flat owners must also meet certain conditions, such as having fulfilled the five-year minimum occupation period.

“We take a very serious view of unauthorised rentals and will not hesitate to take action against those who flout the rules,” HDB wrote on its website.

Members of the public can report suspected cases of unauthorised rental or misuse of HDB flats on 1800-555-6370 from Monday to Friday, 8am to 5pm. All information provided will remain confidential, said the HDB.