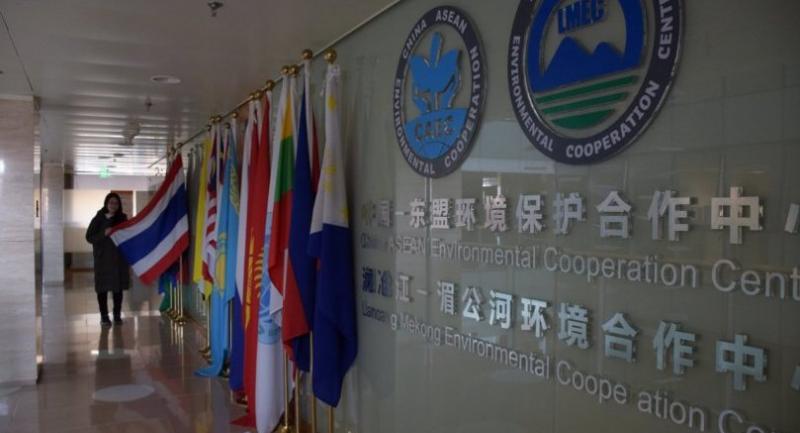 China has pledged its cooperation on water-resource management and protection of the environment of the Mekong River, but is unlikely to become a full member of the Mekong River Commission (MRC), Chinese officials said this week.

Water resources and environmental integrity are priorities for the Lancang-Mekong Cooperation (LMC), established as a Chinese initiative in 2015 and also including other riverside nations.

The 4,900-kilometre Mekong – known as the Lancang River in China – runs through China, Myanmar, Laos, Thailand, Cambodia and Vietnam. Only the downstream segment, from Laos to Vietnam, is regulated by MRC under the 1995 Mekong Agreement. China and Myanmar have long been urged to become full members of the MRC and to ratify the 1995 accord on regulating water use, but Beijing prefers to remain a mere dialogue partner, said Yu Xingjun, director general of the International Cooperation Department at China’s Ministry of Water Resources.

He said China and Myanmar’s cooperation with the MRC has always been “very good” in terms of technical matters, building capacity and sharing hydrological information.

“In the future, we will continue to strengthen that cooperation and we will take advantage of this extensive experience and long-term information to conduct our cooperation,” he said.

He said the LMC water-resource mechanism complements the work of both the MRC and the Greater Mekong Sub-region apparatus.

“We welcome all the support of other countries and organisations for the LMC and their contributions to sustainable water-resource management.”

China has built seven hydro-power dams and plans a dozen more on the Mekong mainstream, giving it effective control over the flow along the entire length. The upper Mekong within its territory contributes 45 per cent of the river’s flow in the dry season.

Yu argued that China’s dams and reservoirs are also useful for downstream countries in helping relieve droughts and warning of floods.

In March last year, he said, downstream countries suffered the most extreme drought seen in a century. At Vietnam’s request, the Jinhong reservoir in Yunnan province released water to help ease the situation.

“And this played a very important role in eliminating the drought, from which China also suffered,” Yu said.

When Thailand and Myanmar suffered severe flood in recent years, the Chinese government dispatched expert consultants. “In the near future, we will do evaluations of flood and drought disasters for the Mekong countries so we can organise future work plans,” he said. Zhou Guomei, acting director general of the Lancang Mekong Environmental Cooperation Centre, said China was conscious of environmental concerns raised about its development projects, and her agency and the LMC Water Resource Cooperation Centre are pooling efforts to address those concerns.

“Our objective is the same – to protect the environment for the benefit of the people,” she said.

She said her centre would serve as the umbrella for diverse cooperation efforts on projects pertaining to environmental governance, biodiversity conservation, capacity building and environment-sharing platforms.