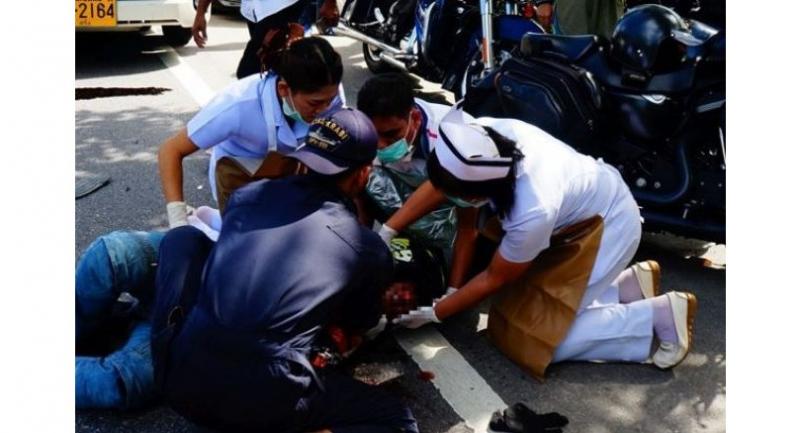 Phattalung - A Malaysian superbike rider was killed while his wife was seriously injured in an accident along the Petchakasem Highway between Hatyai and  Phattalung in southern Thailand on January 16.

"They were in a convoy together with four friends on the way to Koh Samui in Surat Thani province when their machine collided with a vehicle that had suddenly stopped before a roadblock mounted by police,” said source from the Paborn police station here.