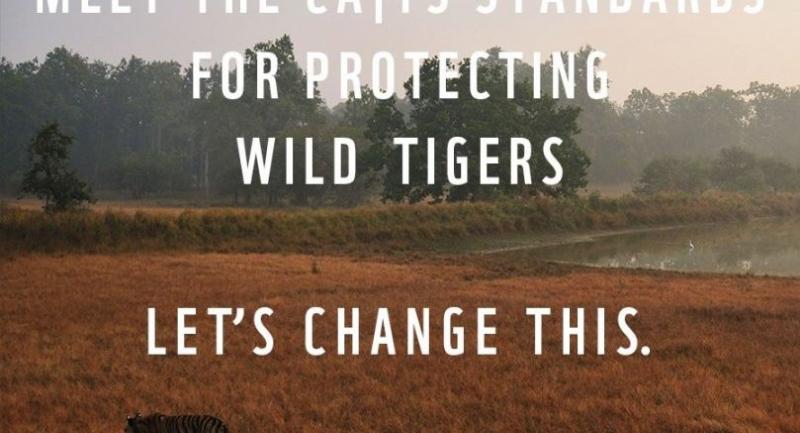 A study has shown that tigers in more than one-third of protected areas surveyed are severely at risk of dying out.

The survey of more than 100 tiger conservation areas, where an estimated 70 per cent of the world’s wild tigers live, found that only 13 per cent of them are able to meet global standards. This is according to a joint statement from the World Wide Fund for Nature (WWF) and Conservation Assured | Tiger Standards (CA|TS), an accreditation system designed to measure and improve the management of tiger conservation areas, issued yesterday.

At least one-third of the areas are severely at risk of losing their tigers. Alarmingly, most of these sites are in Southeast Asia, where tigers have suffered the most dramatic decline in the past decade. Reassuringly, two-thirds of the areas surveyed reported fair to strong management. Yet, basic needs, such as enforcement against poaching, engaging local communities and managing conflict between people and wildlife, remain weak for all areas surveyed.

He added that to achieve this, long-term investment in tiger conservation areas was absolutely essential, and this was a responsibility that must be led by governments in countries where tigers live.

The survey, driven by 11 leading conservation organisations and tiger-range governments that are part of the CA|TS Partnership, is the first and largest rapid assessment of site-based tiger conservation across Asia.

Low investment from governments in Southeast Asia was stated as one reason for the lack of management of these supposedly “protected areas”.

“Unless governments commit to sustained investments in the protection of these sites, tiger populations may (continue to) face the catastrophic decline that they have suffered over the last few decades. This funding is needed urgently, particularly for many sites in Southeast Asia to support recovery of its tiger population,” said Michael Baltzer, the leader of WWF Tigers Alive.

Released in the lead-up to World Wildlife Day on March 3, which has a theme of protecting big cats, the report acts as a timely reminder of the need to secure the homes of wild tigers and engage local communities, in order to ensure the protection and recovery of this majestic species.