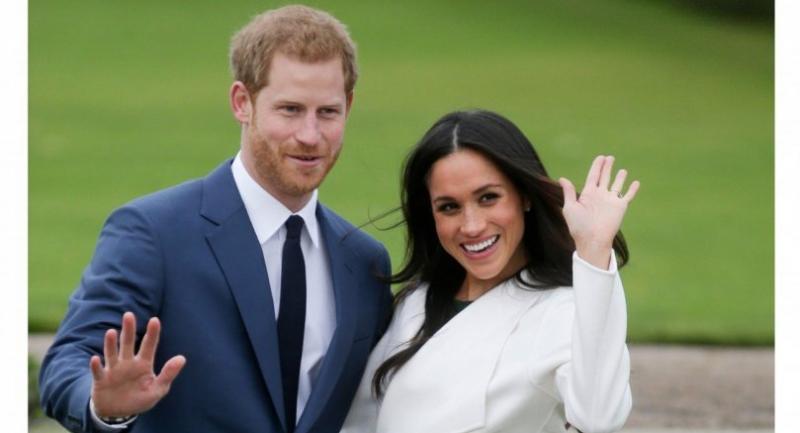 (FILES) Britain's Prince Harry and his fiancee US actress Meghan Markle pose for a photograph in the Sunken Garden at Kensington Palace in west London, following the announcement of their engagement. // AFP PHOTO

British pubs will be allowed to open late for the wedding of Prince Harry and Meghan Markle, described on Sunday as "a day of national celebration" by Home Secretary Amber Rudd.

The government decree will allow pubs to stay open late on the eve of the royal nuptials and following the ceremony on May 19, with doors ordered to close at 1:00am (0100 GMT).

"The royal wedding is a chance for communities across the country to join together and celebrate this momentous and happy occasion for our royal family and for our nation," said Rudd.

The couple will marry at St George's Chapel, Windsor Castle, a residence of Queen Elizabeth II's located west of London.

The newlyweds will depart the ceremony in a horse-drawn carriage, before a private party in the evening at St George's Hall in Windsor Castle.

"It's clear that the public back the idea of having more time to raise a glass to Prince Harry and Meghan Markle on a day of national celebration," she added, after the government led a four-week consultation before approving the move.

The move was welcomed by Brigid Simmonds, chief executive of the British Beer and Pub Association.

"This will allow the nation to celebrate and raise a glass to Harry and Meghan in a responsible manner, whilst giving a timely boost to the great British beer and pub sector," she said.

Legislation introduced in 2005 allows the government to relax opening hours for an "occasion of exceptional international, national, or local significance".

The law has already been used for royal events including the 2011 wedding of Prince Harry's elder brother, Prince William, to his wife Kate, and the 90th birthday celebrations of their grandmother the queen in 2016.

The 2005 changes introduced 24-hour alcohol licences, held by between 8,200 and 8,400 premises including hotel bars and supermarkets.

Many pubs continue to close at 11:00pm, with just 11 percent of 24-hour licences held by pubs, bars and nightclubs.