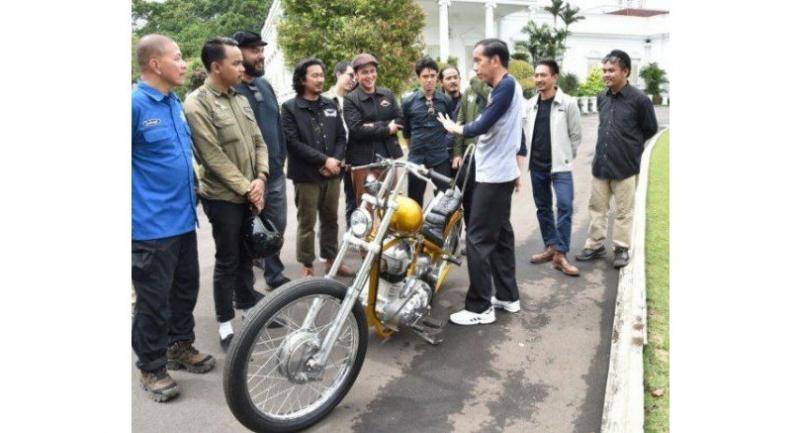 Before departing from Bantar Gadung district office and heading 30 kilometers to the south to Pelabuhan Ratu Beach, Jokowi showed his vehicle registration and ownership documents (STNK and BPKB) as well as his personal driving license (SIM).

“I have everything; all administrative documents should be complete,” he said as reported by kompas.com.

Jokowi purchased the modified Chopperland for Rp 140 million (US$10,000) from Elders Garage workshop in Lebak Bulus, South Jakarta, in January.

Aside from his gold motorcycle, Jokowi’s denim jacket also attracted attention from the Sukabumi crowd, with a red-and-white map of Indonesia crossing the chest and letters in batik spelling “Indonesia” on the back.

The event took place after Jokowi visited several infrastructure projects in the regency, one of which was the Cigombong-Cicurug double-track railway construction site on Saturday.