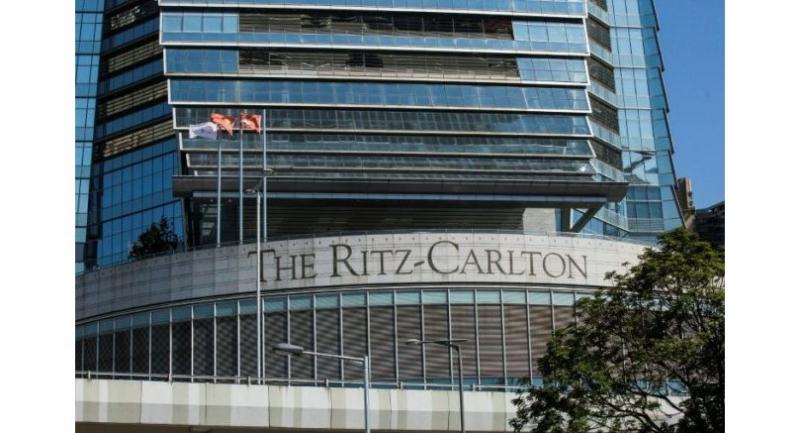 A South Korean man charged with murdering his wife and young son at the luxury Ritz-Carlton hotel in Hong Kong earlier this year has died in custody, police say. // AFP PHOTO

A South Korean man charged with murdering his wife and young son at the luxury Ritz-Carlton hotel in Hong Kong earlier this year has died in custody, police said Monday.

Police gave no detail on how Kim died but local Hong Kong media reported he had committed suicide.

Kim, who stated on his Facebook page that he was CEO in South Korea of the US-based Rocky Mountain Chocolate Factory retail chain, was arrested in January and charged with double murder after the bloody discovery at the hotel room.

Police had rushed to the harbourfront hotel after receiving a report that a man and woman were fighting.

Kim was believed to have consumed alcohol and appeared unconscious in the hotel suite with minor wounds to his hand and face, police assistant district commander Chan Tsz-Leung said at the time.

Police retrieved a five-inch-long knife from the room and Kim was arrested.

A source with knowledge of the investigation told AFP at the time that a friend of the suspect had warned authorities in South Korea he was potentially suicidal shortly before the incident.

The Ritz-Carlton is located on the top floors of Hong Kong's tallest skyscraper -- the International Commerce Centre -- and is famous for panoramic views of the city and its Victoria Harbour.

The South Korean consulate in Hong Kong did not immediately respond to Kim's death.