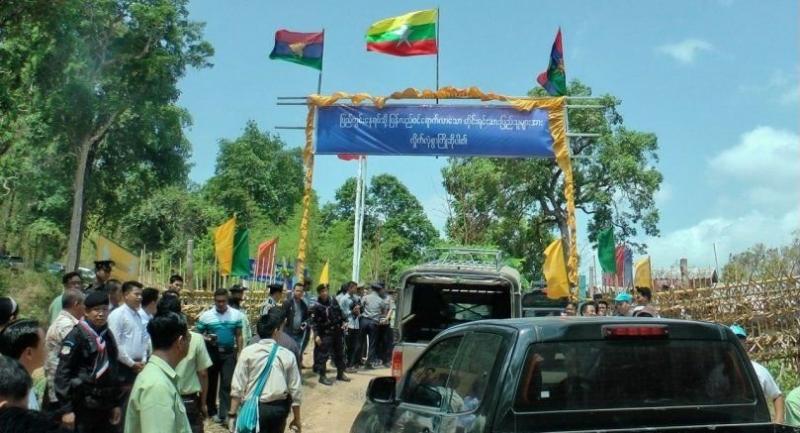 THAILAND has repatriated nearly 100 mostly Karen and Karenni refugees to Myanmar from border camps in Tak and Mae Hong Son provinces, where they had fled conflict between the Myanmar military and armed ethnic groups over the past three decades.

A group of 19 refugees in five households left the Ban Mai Nai Soi camp in Mae Hong Son province voluntarily, according to Thai officials who saw them off yesterday.

The refugees were sent across the border via the trading checkpoint at Ban Huai Ton Nun in Khun Yuam district. They followed an initial group of 71 refugees repatriated in October 2016 and 73 others sent home via Tak on Monday.

Myanmar officials led by Colonel Myint Wai, Kayah state’s Minister of Security and Border Affairs, welcomed them back in a ceremony attended by Natapanu Nopakun of the Foreign Affairs Ministry’s Department of International Organisations and representatives of the United Nations High Commissioner for Refugees.

The Ban Mai Nai Soi refugee camp now holds about 8,000 people, down from a peak of more than 20,000. Many have found homes in third countries, while others returned to Myanmar. A source at the camp said the latest group of 19 people initially numbered 29, but the others changed their mind following a report of Myanmar government troops being deployed to Kayah in mid-April.

Meanwhile the group of 73 refugees from 23 households crossed the border at Ban Rim Moei in Mae Sot district in Tak on Monday following a ceremony presided over by Third Army Region deputy chief Major General Supachoke Thawatpeerachai. The 73 came from camps in Tha Song Yang, Phop Phra and Umphang districts in Tak and another camp in neighbouring Kanchanaburi.

They were driven across the border in vans to be greeted in Myawaddy by Kayin state Chief Minister Nann Khin Htway Myint and other senior officials. Myanmar Ambassador Myo Myint Than witnessed the event and thanked the Thai government and agencies involved, including the UNHRC and non-governmental organisations, for taking care of the refugees.

Although it has never signed the 1951 UN Refugee convention, Thailand has sheltered more than 100,000 refugees in camps in four border provinces. Thailand and Myanmar reached a deal to repatriate them after some armed ethnic groups signed a National Ceasefire Agreement with the government in Nay Pyi Taw in 2015.

Refugees still in Thailand have begun making plans for their return, in the hope that peace and stability will prevail in their places of origin in southeastern Myanmar, according to a UNHCR statement.

The UN Refugee agency says conditions in southeastern Myanmar are enabling facilitation of voluntary return of more refugees from Thailand.

Conditions in Myanmar’s Rakhine state, however, are not yet conducive for the return of Rohingya refugees from Bangladesh, the UNHCR adds. Myanmar and Bangladesh agreed in November to send back some of the 700,000 Rohinghya who fled a violent crackdown last year.