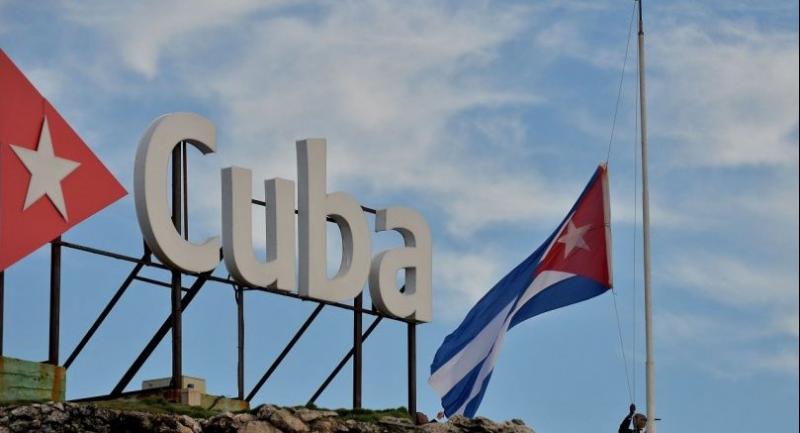 The Cuban national flag is raised at half-mast in tribute to the victims of a plane that crashed shortly after taking off from Jose Marti airport and killed 107 people, in Havana, on May 19.//AFP

Havana - Cuba observed a weekend of national mourning for victims of its worst crash in nearly three decades that killed 110 passengers and crew.

An investigation has been launched into Friday's crash of the nearly 40-year-old Boeing 737-200 leased to the national carrier Cubana de Aviacion by a Mexican company.

Three women pulled alive from the mangled wreckage and in hospital in critical condition were the only survivors. One of them was conscious and asked for something to drink, the hospital treating them said.

The Boeing crashed shortly after taking off from Havana, coming down in a field near the airport and sending a thick column of acrid smoke into the air.

The circumstances echoed those of Cubana de Aviacion's worst air disaster nearly 30 years ago, in September 1989, when an Ilyushin 62 plane crashed on takeoff from Havana as it was headed to Italy. That disaster killed all 126 people on the plane, mainly Italian tourists, as well as around 45 people on the ground.

In Friday's crash, the plane was on a domestic flight from Havana to the eastern city of Holguin. Most of the 104 passengers were Cuban, with five foreigners, including two Argentines, among them.

The plane was almost completely destroyed in the crash and subsequent fire. What appeared to be one of the aircraft's wings was wedged among scorched tree trunks, but almost nothing remained of the main fuselage.

Cuba's Transport Minister Adel Yzquierdo told reporters one of the plane's two black boxes had been recovered in "good condition," and the other was likely to be found within hours. Their data will be key to determining what happened.

Among the dead were 99 Cubans, six Mexican crewmembers, and five foreign tourists: two from Western Sahara, a Mexican tourist and an Argentine couple. A previous toll counted three survivors out of 110 passengers.

Built in 1979, the plane was leased from a small Mexican company, Global Air, also known as Aerolineas Damojh.

Mexico said it was sending two civil aviation specialists to help in the investigation.

Boeing said a "technical team stands ready to assist" and it offered condolences to friends and relatives of the victims.

The mourning period was set to last until midnight on Sunday (0400 GMT Monday), the Communist Party leader and former president Raul Castro said. Flags were flown at half-mast throughout the country.

Diaz-Canel, who succeeded Castro as the communist island's leader only last month, appeared aghast as he surveyed the recovery efforts, wearing a short-sleeved shirt and surrounded by officials.

He visited the capital's morgue where the bodies were taken for identification, and met relatives who were being put up in a city hotel. He also visited the three survivors in hospital.

Castro sent his condolences to families bereaved in the "catastrophic accident," a statement read, as Russian President Vladimir Putin and a string of Latin American leaders also expressed sympathy.

Pope Francis asked the church in Cuba to convey condolences to families "who mourn the unexpected disappearance of loved ones."

At the capital's morgue, Ignacio Ramirez, 46, told of how he lost his 22-year-old cousin, Carlos Santos, in the crash.

"He had come to Havana to get a girlfriend who had arrived from Mexico, and was returning to Holguin," he said.

Santos's mother, who lives in the US, was traveling to Cuba to give a DNA sample to confirm her son's identity.

In Mexico City, anguished relatives and colleagues of the crew gathered outside the company's offices demanding information -- some of them hugging and crying.

"I was friends with the captain, with the co-pilot, with the head flight attendant," said a former Global Air employee, 44-year-old Ana Marlene Covarrubias.

"When I heard the news on the phone, I thought it was one of those jokes people play," she told AFP.

Global Air had the necessary permits to lease it, and had passed inspections in November last year, according to the company. The crashed aircraft was one of its fleet of three Boeing 737s.

A Mexican pilot who used to work for Global Air between 2005 and 2013, Marco Aurelio Hernandez, told the Mexican newspaper Milenio that he had previously flown the doomed plane.

Hernandez said he had lodged a complaint at the time about what he regarded as sub-standard maintenance on Global Air's aircraft.

A Global Air spokeswoman confirmed to AFP that Hernandez had worked at the company but declined to comment on his allegations.

Prior to Friday's crash, Cuba's most recent air accident was in April 2017, in which eight military personnel died when a Russian-made AN-26 transport aircraft went down in western Cuba.//AFP