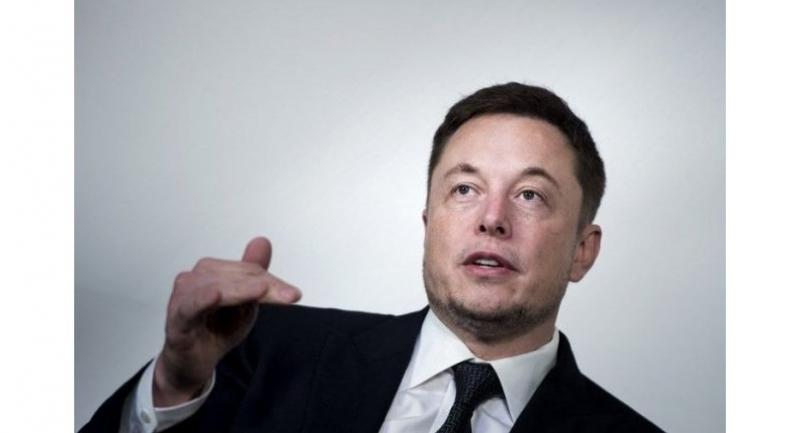 Elon Musk has had a series of angry social media dust-ups with Wall Street analysts, journalists, employees and others.

But his latest outburst on Twitter attacking a British rescue worker in Thailand has raised fresh concerns over the star tech entrepreneur's stability and leadership abilities.

Musk, the South African-born innovator and billionaire behind Tesla and SpaceX, found himself in hot water after insulting Vern Unsworth, a British diver who worked on the Thai soccer team rescue and who dismissed Musk's plan to recover the trapped group.

The since-deleted weekend tweet referred to Unsworth as "pedo guy", an apparent reference to pedophilia, faced a deluge of criticism on social media and from analysts questioning whether Musk had crossed a line on responsible conduct for a CEO.

"This is the most brand-damaging thing Elon Musk has ever done," said Roger Kay, analyst with Endpoint Technologies Associates who follows the technology sector.

Kay said Musk appeared to be following in the footsteps of President Donald Trump in using Twitter to vent frustration and insult anyone with whom he disagrees.

"It's totally gratuitous. It wasn't necessary," Kay said of the Musk insult to the Briton, who has threatened a lawsuit. "It makes him very Trump-like."

Tesla shares skidded 2.75 percent to close at $310.10 following the latest controversy, adding to pressure on the electric automaker which has struggled to meet production targets for its Model 3, seen as crucial to its long-term viability.

Musk "is under a lot of pressure and we're seeing pressure fractures," Kay said.

"He's been sleeping in his factories trying to get production up and that's been difficult. But when he talks to investors, he has to reassure them that all that money isn't going to fall on the floor."

Musk has cultivated reputation as a creative genius, with some comparisons to another technology star known for being erratic, the late Apple-co-founder Steve Jobs.

Patrick Moorhead, analyst and consultant with Moor Insights & Strategy, said there were "some similarities up to this point" between Musk and Jobs, but that the latest personal insult appeared to cross a line.

"Steve jobs didn’t take it to this extent," Moorhead said.

To avoid long-term damage, "the first thing Musk needs to do is issue a huge apology," Moorhead said.

The analyst said the boards of Tesla and privately held SpaceX need to assert themselves in this situation to ensure Musk does not go off the rails.

"If he does the right thing, he can recover from this," Moorhead said. This is America, and everybody likes a comeback story."

Musk has become embroiled in a series of spats with the news media -- chastising reporters for focusing on accidents of autonomous cars instead of their safety potential, and accusing one news organization of being "relentlessly negative" about Tesla.

Last month, he alleged "sabotage" at Tesla's operations by an employee, who responded by claiming to be a "whistleblower".

When documents revealed he donated to a Republican political group, despite his criticism of the current administration, he responded by saying he gives "to both parties to maintain dialogue".

Read also: Elon Musk outlines plan to get into the brick-making business

In an earnings call, he berated analysts for asking "boring" questions and sidestepped questions about Tesla's massive capital needs.

Musk's conduct "of course is not appropriate for a CEO," said Bob O'Donnell, founder of Silicon Valley-based Technalysis Research.

O'Donnell said Musk has fallen into a "hero worship persona" but has failed to live up to the responsibility that implies.

"He loves the fact that everything he says is reported in the media, but if you're in that position, you need to be an adult about it," O'Donnell said. "He keeps putting his foot in his mouth."

Trip Chowdhry of Global Equities Research, who has long been bullish on Tesla, said the latest dust-ups involving Musk only show "he is human", and don't detract from his quality as a great innovator.

"Tesla is generations ahead of anything that is available today," Chowdhry said. "They have a backlog of $14.5 billion (in orders), none of the competitors even have five cars in the backlog. They have software expertise, the competition is clueless."

Chowdhry said that like other important innovators, Musk has "zero tolerance" for any distractions from his goals, even if he lacks the public relations skills of most CEOs, and that within five to 10 years, Tesla's innovations will be more appreciated.

"Betting against Tesla is not only insane, but total stupidity," Chowdhry said.//AFP