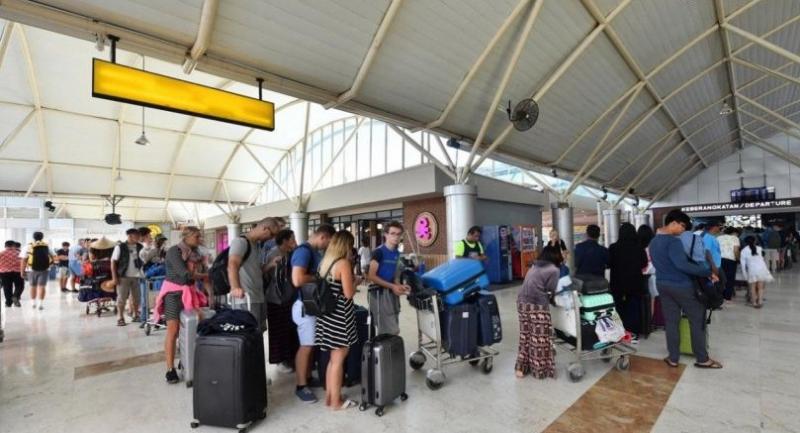 Tourists line up to depart from Praya Lombok International Airport on the Indonesian island of Lombok on Aug. 6, after an earthquake struck the island.//AFP

"This is an emergency situation [because] many passengers are coming; hence [the airport] will operate for 24 hours," said Lombok International Airport general manager I Ngurah Ardita in Lombok on Monday.

As reported by Antara, the airport was crowded with visitors, mostly foreigners, on Monday afternoon. Long lines of passengers could be seen at the ticketing and check-in counters.

I Ngurah Ardita said the airport was currently filled with passengers seeking to depart from Lombok. Some of them had already bought tickets days before, but there were also some who were looking to purchase tickets at the location. The majority of the travelers are reportedly going to Bali, Surabaya and Jakarta.

Laura, a tourist from Canada, decided to come home sooner than planned by purchasing a flight ticket via Singapore following the earthquake. Similar to the other tourists and locals, she was panicking after the quake devastated the island of Lombok on Sunday.