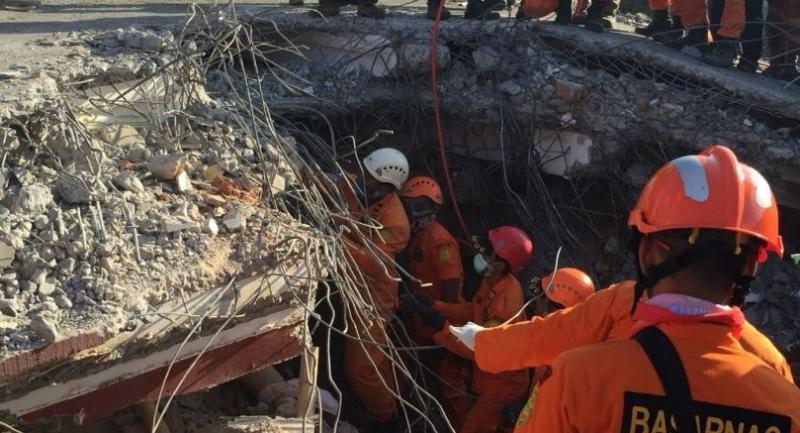 A team from the National Search and Rescue Agency (Basarnas) attempts to rescue people trapped in a collapsed mosque in Lading-lading village in North Lombok regency, West Nusa Tenggara, on Monday. (Courtesy of Basarnas/-)

The Indonesian authorities are embarking on a mission to rescue people trapped in a collapsed mosque in North Lombok regency after Sunday evening’s powerful earthquake.

They were busy with isha (evening) prayers when the quake hit. The authorities have yet to confirm whether they were dead or alive.

At 7 p.m. Jakarta time, the National Search and Rescue Agency reported that two people have been rescued. It said a third person, who was still trapped, would likely be freed on Tuesday.

The North Lombok regency suffered 72 fatalities, most of whom were killed by collapsing buildings. The tremor was also felt in neighboring Bali, which recorded two fatalities. As of Monday evening, the BNPB recorded 98 deaths. About 236 people were injured while thousands have sought shelter.