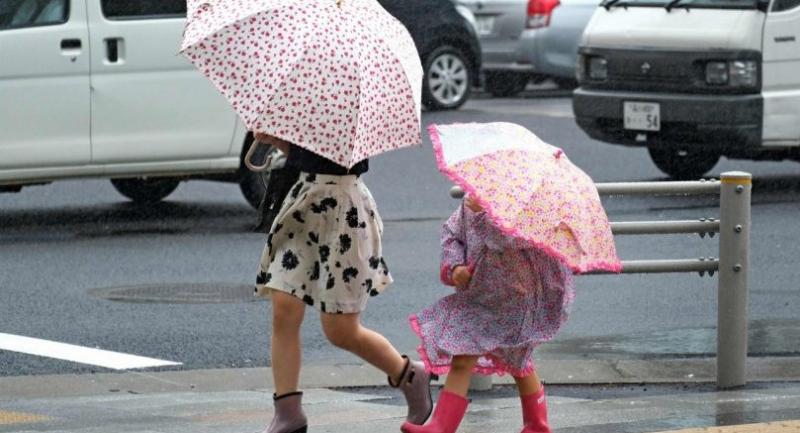 Tokyo - A powerful typhoon was churning towards Japan on Wednesday, prompting the weather agency to warn of heavy rain and strong winds and forcing airlines to cancel scores of flights.

Typhoon Shanshan was expected to move along the Pacific coastline just east of Tokyo Wednesday night through early Thursday, sparking fears the busy morning commute in the capital could be disrupted.

The typhoon was coming "very close to the Pacific coast" of eastern Japan, centring on Tokyo, and was expected to move towards northern provinces from late Wednesday and early Thursday, the meteorological agency said.

"There are also risks that it may make landfall," it said, warning the storm could dump 350 millimetres (14 inches) of rain on the greater Tokyo region over the 24 hours by Thursday noon.

"Please be fully on alert against mudslides, flooding in low-lying areas, flooding of rivers, violent winds, high waves and high tides," the agency said in a statement, urging residents to obey any evacuation instructions.

In the Chiba region east of Tokyo, officials issued their lowest-level evacuation warning for some residents and urged others to be on stand-by for evacuation orders.

The local government said Wednesday evening it had not received any reports of injuries or structural damage related to the typhoon.

The slow-moving storm, packing maximum gusts of 180 kilometres per hour (112 mph), was estimated to be 110 kilometres (70 miles) southeast of Katsuura city in Chiba at 1300 GMT, the weather agency said.

With rain and winds expected to intensify through the night, television networks urged Tokyo workers to go home early.

Airlines have cancelled scores of domestic and international flights to and from Tokyo's Haneda airport and the main Narita Airport east of the capital.

The ANA group scrapped 36 domestic flights as well as international flights from Narita to Shanghai and Hong Kong.

The typhoon is the latest weather front to batter Japan, which has been sweating through a record and deadly heatwave. This followed devastating heavy rain in central and western parts of the country in July.

The record rains caused flooding and landslides that killed more than 200 people and devastated swathes of the country.