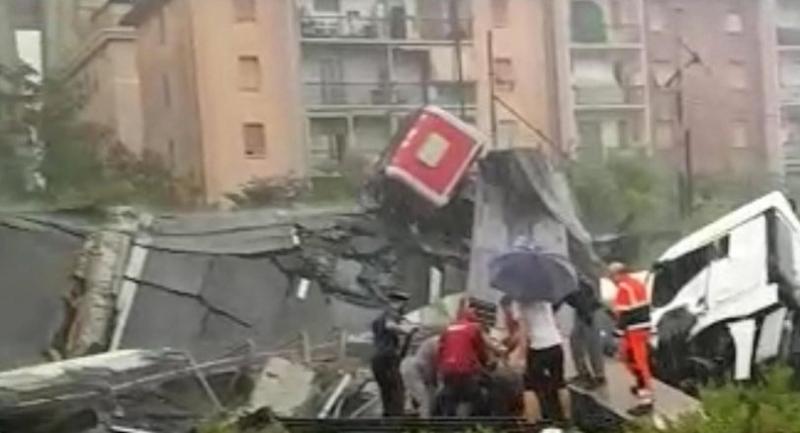 Rome - Rescuers at the scene of a bridge collapse in Genoa on Tuesday said there have been "tens of victims" in the disaster, according to Italian media.

The head of the Genoa brach of emergency response Francesco Bermano gave that estimation to a number of Italian outlets, and it was then confirmed to AFP by his secretary.

The same source told AFP that four seriously injured people had been taken to hospital.

A section of a viaduct on the A10 motorway collapsed on Tuesday in Genoa, Italian firefighters said, with cars and trucks trapped among the rubble.

Television images showed the viaduct in the mist with a huge chunk missing, with Italian media reporting that 200 metres of the "Morandi" bridge had fallen away.

The Italian fire service said that the viaduct, located in an industrial area in the west of the city, collapsed at around 1200 (1000 GMT).

A fire service spokesperson told AFP that the bridge had mostly fallen on rail tracks 100 metres (yards) below and that "cars and trucks" had fallen with the rubble.

No casualties have yet been reported.

Genoa is located between the sea and the mountains of northwestern Italy. Its rugged terrain means that motorways that run through the city and the surrounding area are characterised by long viaducts and tunnels.