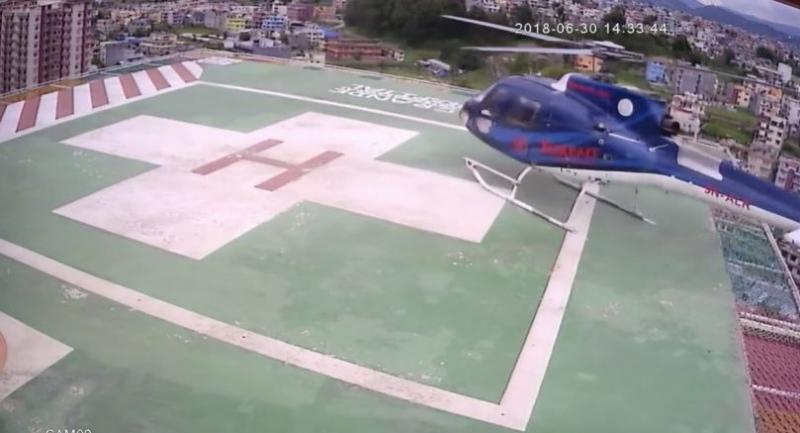 Aug 15, 2018-The video obtained exclusively by The Kathmandu Post shows the crash-landing of Simrik Air helicopter at Grande International Hospital in Dhapasi, Kathmandu, on June 30.

The helicopter with call sign 9N-ALR had sustained minor damages after it skidded off the helipad and fell down to the lower floor and there was no casualty. The hospital building has a helipad on its rooftop.

The helicopter had fallen some 10 feet below the helipad when it was approaching from the East. The chopper flown by Captain Hareram Thapa had arrived to ferry a medical team to Bharatpur in Chitwan.