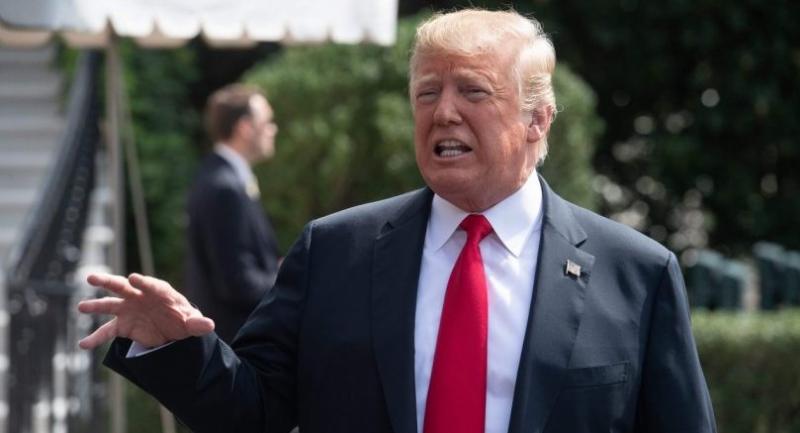 In this file photo taken on August 17, 2018 US President Donald Trump speaks to the press before boarding Marine One at the White House in Washington, DC./AFP

"Social Media is totally discriminating against Republican/Conservative voices," Trump said in a series of morning tweets.

"Speaking loudly and clearly for the Trump Administration, we won't let that happen. They are closing down the opinions of many people on the RIGHT, while at the same time doing nothing to others."

The president called censorship "a very dangerous thing & absolutely impossible to police," adding that "if you are weeding out Fake News, there is nothing so Fake as CNN & MSNBC, & yet I do not ask that their sick behavior be removed."

"Let everybody participate, good & bad, and we will all just have to figure it out!"

Jones, whose site InfoWars has accused victims of the 2012 Sandy Hook school shooting of being "actors" in a plot to discredit the gun lobby, violated Facebook's hate speech policies, the social network said.

Twitter -- Trump's favored medium, where he boasts some 53.8 million followers -- meanwhile opted to allow Jones to keep using the platform but in a limited capacity, removing his ability to tweet for an unspecified period of time.

Some reports suggested his account was put in "read-only" mode for a week, meaning he cannot tweet or retweet.