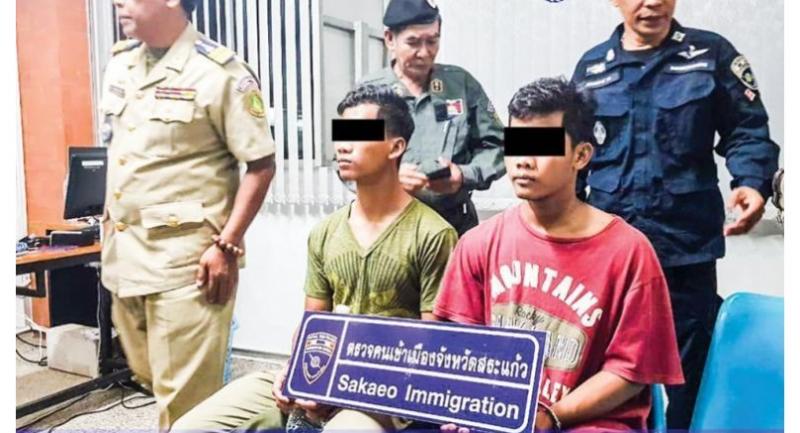 Two Cambodians wanted for shooting a man dead in Battambang province’s Banon district was sent back on Friday.//Police

The two are being detained for questioning over the August 5 murder of Pich Phisa allegedly in a love triangle.

District deputy police chief Thong Phin said Ponlork, from Prey Veng province, studied at a health science university with an unidentified girlfriend who is the victim’s cousin. Phisa then got engaged to the woman, enraging Ponlork.