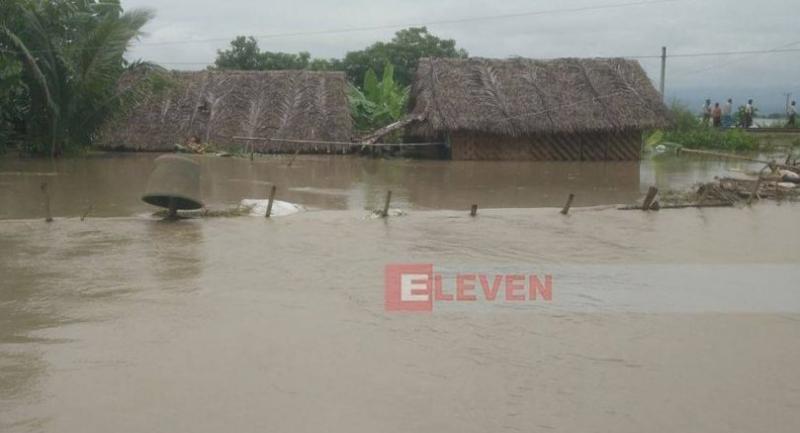 Myanmar authorities are conducting an operation to rescue villagers trapped in villages between Hswar and Yedashe as the collapse of a tributary channel from Hswar Dam caused flooding in the area on Wednesday.

Cars trapped in an expressway between Hswar and Yedashe have been moved to safer areas.

Authorities have blocked vehicles from entering the expressway as it is flooded, while a bridge near the 165mile post has been damaged due to tributary channel’s collapse on Wednesday morning.

At present, large amounts of water has been flowing on Old YangonMandalay Road and expressways causing traffic jams.